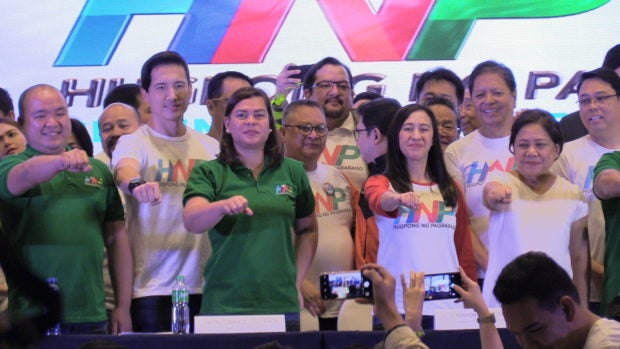 The President admitted that the political party, which had carried his platform when he ran for president in the last elections, never grew very strong because of (lack of) money.

“The grouping of the Partido Demokratiko Pilipino… I don’t want to make anybody uncomfortable here….it never grew. It even outlived yung mga talent nila…Why? Because of money. It’s a principled party I know. I used it as my platform to run for the presidency,” he said.

“So my advice if you are comfortable with your mother unit, you might want to continue and coalesce with PDP-Laban,” the President said.

“If you want me to campaign for you, I will. Walang problema [No problem]. [But] Money? You can go to your original…let’s just have coalition,” the President said.

Duterte made the remark during the convention, where he assured to give endorsement to all who would want his support.

“I appreciate what Inday [Sara] is doing…even to galvanize the Filipino people,” he said. /jpv