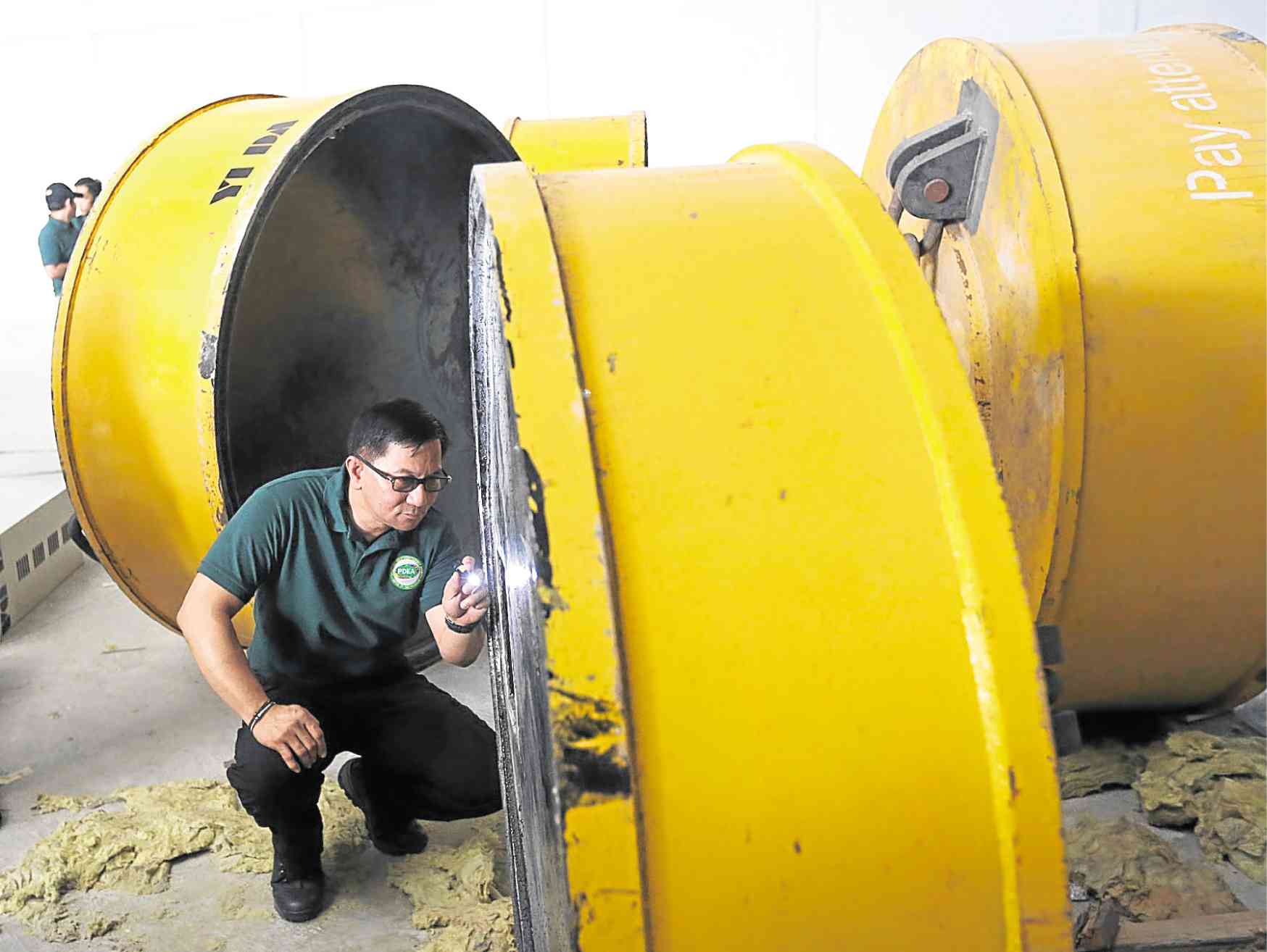 PDEA chief Aaron Aquino inspects one of four magnetic lifters that contained traces of “shabu” (crystal meth) already emptied by drug traders that smuggled about P6.8 billion of the illegal drug in a Cavite warehouse. Authorities found the massive steel devices with hollowed parts where the drugs were hidden inside a warehouse in General Mariano Alvarez town in a follow-up operation after seizing 500 kilograms of shabu worth P4.3 billion (below) inside two lifters at the international container port in Manila two days earlier. (Photo by EDWIN BACASMAS)

The chief of the Philippine Drug Enforcement Agency (PDEA) filed for a vacation leave “way before” the magnetic lifters were alleged to have contained P6.8 billion worth of shabu, Malacañang said on Friday.

Banaag said Aquino had already filed for a vacation leave prior to President Rodrigo Duterte’s remark that the existence of shabu in the lifters was “speculative.”

“Yes, (he filed a leave) way before, because we had a meeting at the NBI (National Bureau of Investigation) two weeks ago and then he already filed a leave for this week,” Banaag told reporters in a press briefing.

The PDEA chief recently left the country for a family vacation and a class reunion in the United States.