Lacson: Hundreds of billions in ‘pork’ hidden in 2019 budget 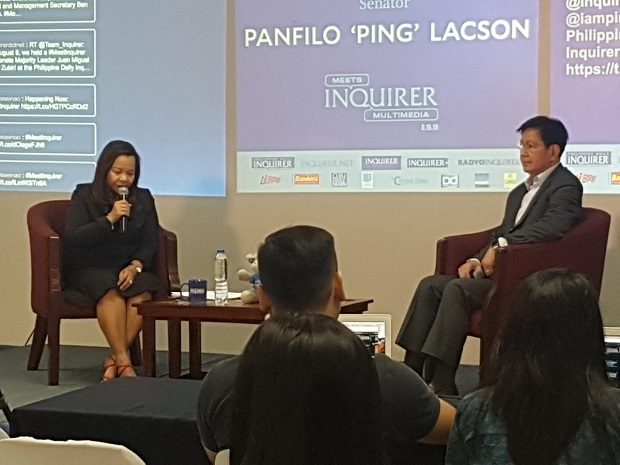 Senator Panfilo Lacson on Thursday said there were “hundreds of billions of pesos” in the proposed 2019 budget that could be considered as “pork” or funds that could go to the pet projects of certain government officials.

Pork or discretionary funds have been the source of massive corruption in the past.

“If you think pork has left, no it hasn’t left,” Lacson said during the Meet the Inquirer forum Thursday.

“It runs to hundreds of billions of pesos,” he said, citing his review of the proposed funding for 2019.

The senator said hundred billions of pesos were also hidden in the national budgets of previous years.

“Bakit sila umiiyak? Masyado naman silang concerned sa project (Why are they whining? They are too concerned for projects)” he said.

The senator earlier said the congressmen needed “massive rehabilitation and detox” for their “addiction to money.”

Under the proposed cash-based budget, funding will only be allowed for projects that can be completed within the year.

Lacson said government agencies should be the ones decrying the proposed change in the budget system. /cbb