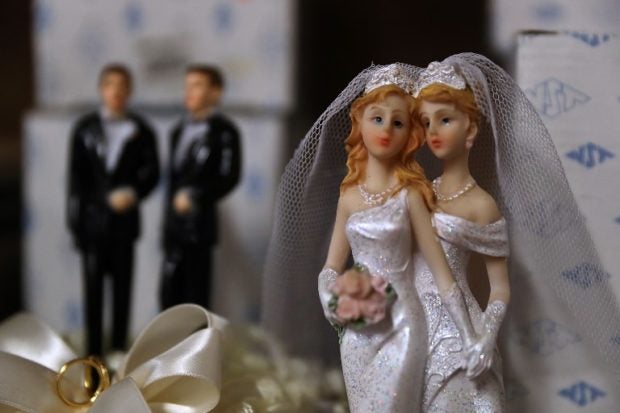 DENVER — A Colorado baker who refused to make a wedding cake for a gay couple on religious grounds — a stance partially upheld by the U.S. Supreme Court — has sued the state over its opposition to his refusal to bake a cake celebrating a gender transition, his attorneys said Wednesday.

Jack Phillips, owner of the Masterpiece Cakeshop in suburban Denver, claimed that Colorado officials are on a “crusade to crush” him and force him into mediation over the gender transition cake because of his religious beliefs, according to a federal lawsuit filed Tuesday.

Phillips is seeking to overturn a Colorado Civil Rights Commission ruling that he discriminated against a transgender person by refusing to make a cake celebrating that person’s transition from male to female.

His lawsuit came after the Supreme Court ruled in June that Colorado’s Civil Rights Commission displayed anti-religious bias when it sanctioned Phillips for refusing to make a wedding cake in 2012 for Charlie Craig and Dave Mullins, a same-sex couple.

The justices voted 7-2 that the commission violated Phillips’ rights under the First Amendment. But the court did not rule on the larger issue of whether businesses can invoke religious objections to refuse service to gays and lesbians.

The Alliance Defending Freedom, a conservative Christian nonprofit law firm, represented Phillips in the case and filed the new lawsuit.

Phillips operates a small, family-run bakery located in a strip mall in the southwest Denver suburb of Lakewood. He told the state civil rights commission that he can make no more than two to five custom cakes per week, depending on time constraints and consumer demand for the cakes that he sells in his store that are not for special orders.

Cardina said she asked for a cake with a pink interior and a blue exterior and told Phillips it was intended to celebrate her gender transition.  She did not state in her complaint whether she asked for the cake to have a message on it.

The commission found on June 28 that Scardina was discriminated against because of her transgender status. It ordered both parties to seek a mediated solution.

Phillips sued in response, citing his belief that “the status of being male or female … is given by God, is biologically determined, is not determined by perceptions or feelings, and cannot be chosen or changed,” according to his lawsuit.

Phillips alleged that Colorado violated his First Amendment right to practice his faith and the 14th Amendment right to equal protection, citing commission rulings upholding other bakers’ refusal to make cakes with messages that are offensive to them.

“For over six years now, Colorado has been on a crusade to crush Plaintiff Jack Phillips … because its officials despise what he believes and how he practices his faith,” the lawsuit said. “This lawsuit is necessary to stop Colorado’s continuing persecution of Phillips.”

Phillips’ lawyers also suggested that Scardina may have targeted Phillips several times after he refused her original request. The lawsuit said he received several anonymous requests to make cakes depicting Satan and Satanic symbols and that he believed she made the requests.

Reached by telephone Wednesday, Scardina declined to comment, citing the pending litigation. Her brother, attorney Todd Scardina, is representing her in the case and did not immediately return a phone message seeking comment.

Phillips’ lawsuit refers to a website for Scardina’s practice, Scardina Law. The site states, in part: “We take great pride in taking on employers who discriminate against lesbian, gay, bisexual and transgender people and serving them their just desserts.”

The lawsuit said that Phillips has been harassed, received death threats, and that his small shop was vandalized while the wedding cake case wound its way through the judicial system.

Hickenlooper told reporters he learned about the lawsuit on Wednesday and that the state had no vendetta against Phillips.

The Masterpiece Cakeshop wedding cake case stirred intense debate about the mission and composition of Colorado’s civil rights commission during the 2018 legislative session. Its seven members are appointed by the governor.

Lawmakers added a business representative to the commission and, among other things, moved to ensure that no political party has an advantage on the panel.   /kga

Read Next
5 candidates for Chief Justice to face JBC Thursday
EDITORS' PICK
Bongbong Marcos says PH ‘open for business’ with new Clark Airport terminal
Individuals affected by ‘Karding’ now over 157,000
Newbie gamers are in for a treat with the power-packed feature of vivo Y16
Karding damage to infrastructure at P23M
House energy committee chair Arroyo bats for cheap electricity
Reignite your passion with the vivo Y35
MOST READ
Angelica Panganiban ‘duguan, sugatang mom’ one week into breastfeeding
LPA enters PAR, may develop into tropical depression
Badoy not with Office of the President, NTF-Elcac, under Marcos admin — solon
Charges readied vs gov’t guard with P290-M deposits
Don't miss out on the latest news and information.