Duterte to step down if Bongbong Marcos, Chiz Escudero would replace him 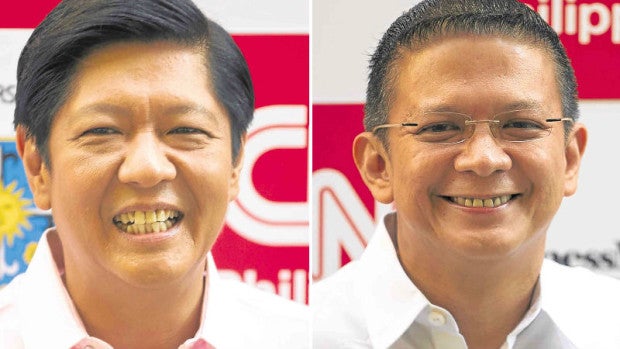 President Rodrigo Duterte will only step down as the top leader of the country if the likes of former Senator Ferdinand “Bongbong” Marcos Jr. or Senator Francis “Chiz” Escudero would be his successor.

“I think deep in my heart, if you follow the succession and Robredo takes over, hindi niya kaya,” Duterte said in a speech during a dinner with members of the Kapisanan ng mga Broadkaster sa Pilipinas (KBP) in Malacañang on Tuesday night.

In a speech before businessmen and diplomats on Tuesday, Duterte said he was ready to “step down and retire” but does not want Vice President Ma. Leonor “Leni” Robredo to be his successor.

READ: Duterte rejects Robredo as his successor, says Naga a hotbed of shabu

The President belittled the qualities of Robredo as a leader, saying: “I do not think she can improve on anything here.”

Robredo is facing an electoral protest before the Presidential Electoral Tribunal (PET) after Marcos accused the Vice President of cheating him in the May 2016 elections, which also catapulted Duterte to the presidency.