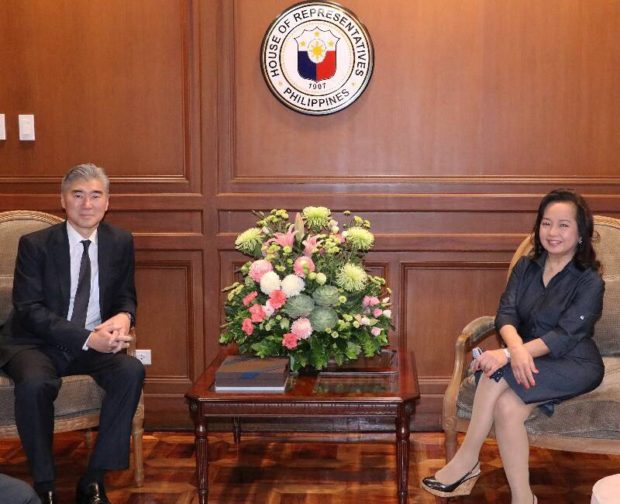 PHOTO Courtesy of the Office of the Speaker

United States Ambassador to the Philippines Sung Kim visited former President Gloria Macapagal-Arroyo to congratulate her on being elected Speaker of the House of Representatives. 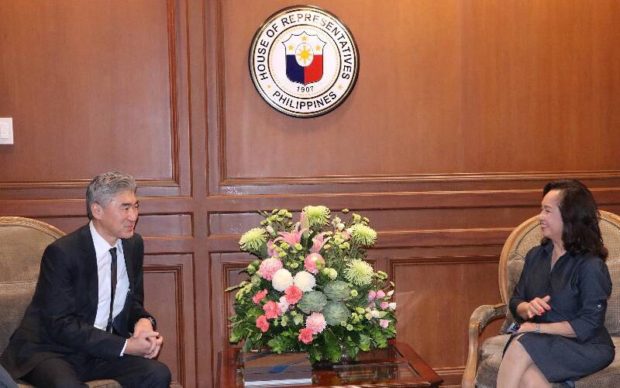 Arroyo was installed as the House’s leader after the 2018 State of the Nation Address on July 23. 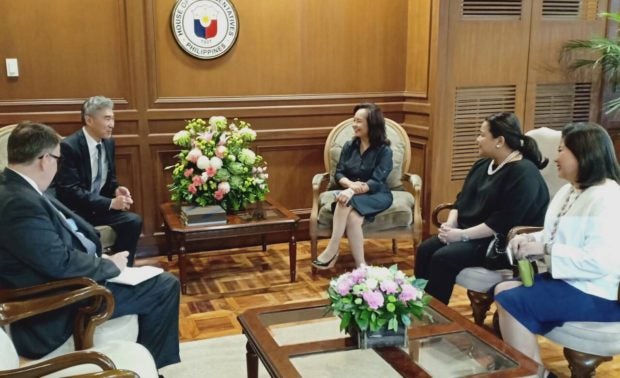 Under Arroyo, a classmate of former US president Bill Clinton, the Philippines enjoyed strong ties with the US government, then under former US President George W. Bush during her term.   /vvp