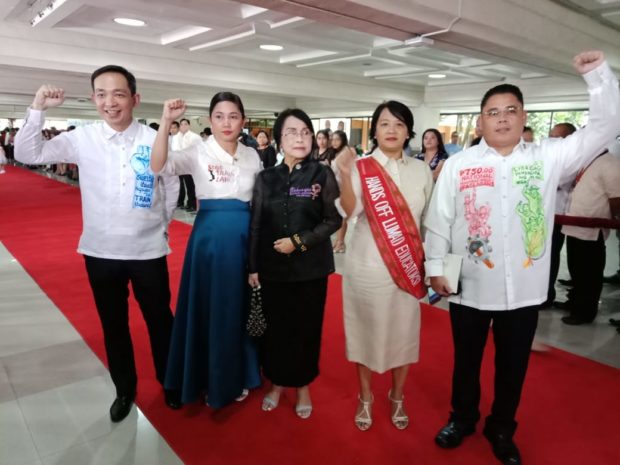 Lawmakers from the Makabayan bloc on Wednesday called for an overhaul of the proposed 2019 national budget, which they rejected over apparent cuts on funds for social services.

“We reject the budget that was submitted by the President to this house,” ACT Teachers Representative Antonio Tinio said during a press briefing.

“We call for an overhaul, and for an increase in the specific sectors and departments,” he added.

According to Tinio, their decision was based on cuts on government’s budget for education, health, and housing.

Tinio and Gabriela Representative Emmi de Jesus pointed out that the needs of the people are more important than the issue of shifting to a cash-based budget system.

She also questioned the government’s priorities in its budget proposal, relaying that flood-stricken individuals have been flocking to the National Housing Agency to ask for assistance.