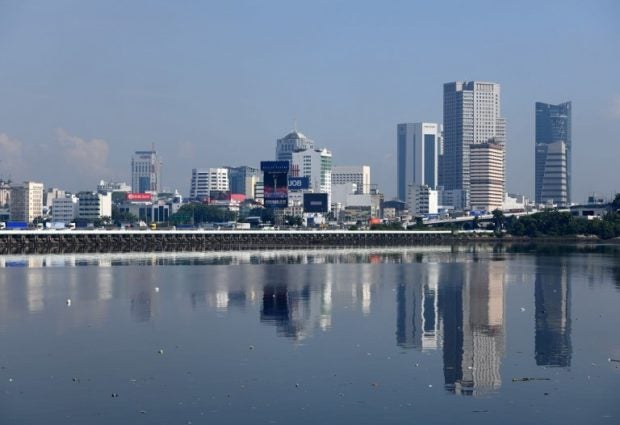 This photo taken on May 4, 2018 shows the skyline of the Malaysian city of Johor Bahru is seen across the border from neighbouring Singapore. / AFP PHOTO / Roslan RAHMAN

PUTRAJAYA, Malaysia — Malaysia’s prime minister said Monday he is seeking to hike the price of water sold to neighboring Singapore by more than 10 times as his country searches for ways to pay off massive debts.

Prime Minister Mahathir Mohamad, who shot back to power in an electoral upset in May, told The Associated Press that a decades-old treaty governing the water agreement needs to be revised to reflect increases in the cost of living.

The water deal has long been a point of contention between the two countries. Mahathir said in June he wants to renegotiate the deal.

Mahathir said that by comparison, the southern Malaysian state of Johor sells water to the neighboring state of Melaka at 30 sen per 1,000 gallons — a rate he described as “charitable” given that it’s a domestic deal.

“To a foreign country, we need to get more than that,” he said. He declined to discuss specifics, citing ongoing negotiations.

Singapore Foreign Minister Vivian Balakrishnan has said his country will live up to the agreement and expects Malaysia to do the same.

Mahathir also continued to cast doubt on the value of a high-speed rail project linking the Malaysian capital, Kuala Lumpur, to the wealthy island city-state. He announced the cancellation of the project in May as part of a wider review of big-ticket infrastructure deals reached under his predecessor, Najib Razak, though the government has since reconsidered and is trying to renegotiate the terms.

“We cannot afford it. If the price is brought down within our means, then maybe we’ll go ahead,” he said Monday. He added, though, that it would be preferable to improve existing train lines to improve travel times. /cbb