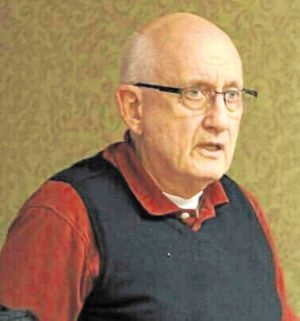 Five days after American-Australian Gill Boehringer arrived in Manila, the Bureau of Immigration has yet to make good on its threat of deportation although it hasn’t allowed him entry, either.

His lawyer, Maria Sol Taule, told the Inquirer on Sunday that the BI had yet to decide on their request that the 84-year-old professor be allowed to leave the airport on medical and humanitarian grounds.

It has also not officially explained why he has been blacklisted.

Boehringer, a former law dean and longtime ‘Lumad’ advocate, has remained at Ninoy Aquino International Airport Terminal 1 since Wednesday after he arrived from Sydney, Australia, to visit his Filipino wife in Mindanao.

Taule said that Boehringer, who has swollen legs and a history of blood clotting, would be at risk if he made the return trip to Australia, according to doctors who examined him.

The National Union of People’s Lawyers filed a request on Thursday afternoon, asking Immigration Commissioner Jaime Morente to allow Boehringer to go to a hospital.

However, Taule said they were told on Friday that Morente was on leave and that Deputy Commissioner J. Tobias Javier, who was in charge, was also unavailable.

She added that while the professor’s vital signs and blood pressure were fine, they would not know the full extent of his condition until he was allowed to see a specialist.