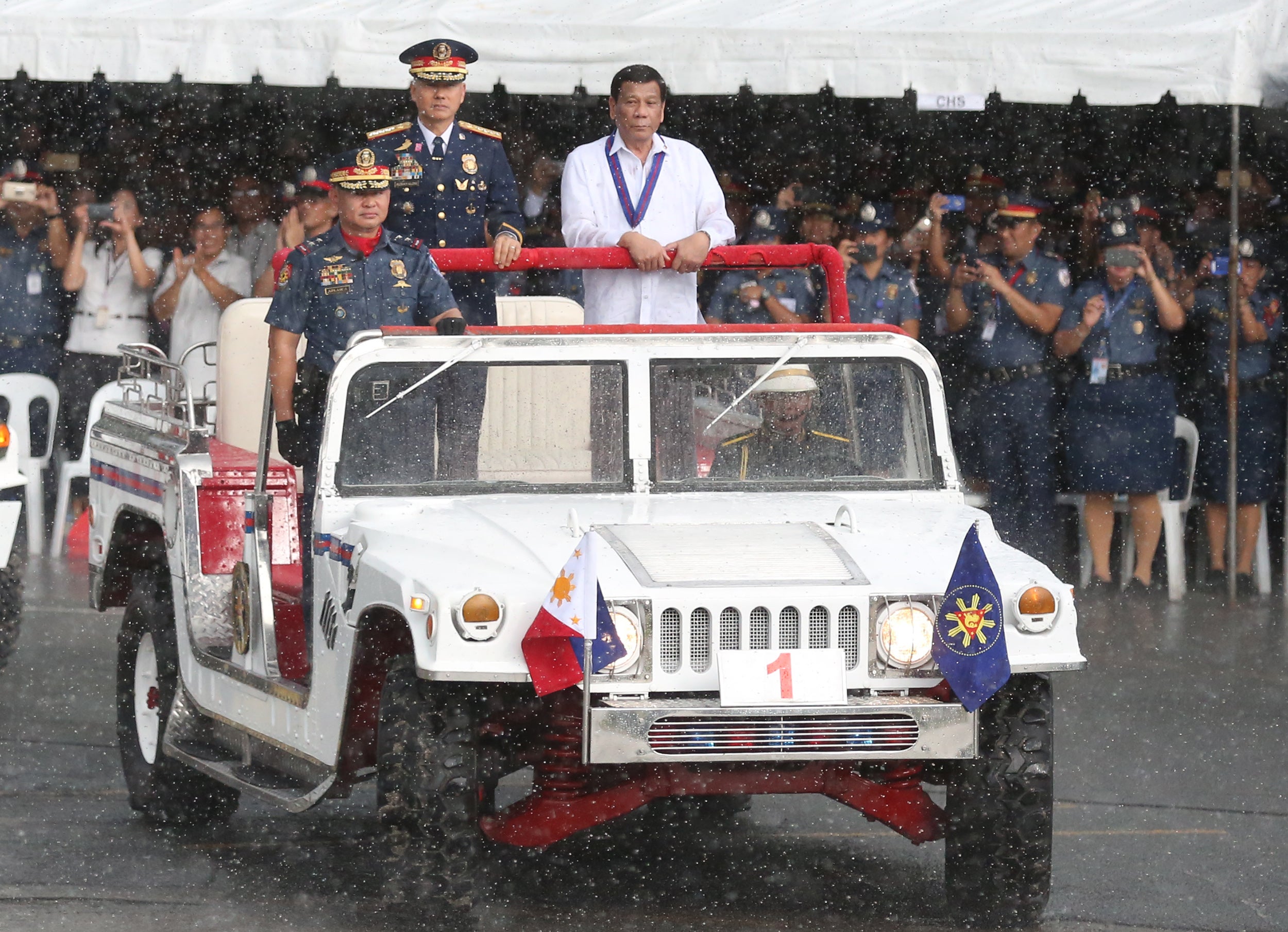 The Commission on Human Rights (CHR) on Wednesday came to the defense of alleged rogue police officers whom President Duterte had threatened to kill, saying even “abhorrent” criminals must still be given due process before being punished.

“Killing will only perpetuate a never-ending cycle of violence and will lead to a breakdown of the rule of law,” said CHR spokesperson Jacqueline de Guia.

Visibly angry, the President on Tuesday night confronted about 100 policemen arrested for various crimes, including robbery and kidnapping, threatening to kill them and others involved in drugs and corruption.

The officers from Metro Manila, Central Luzon and Southern Tagalog also face charges of rape, extortion, grave misconduct, absence without leave, nonappearance for court duty and irregularities in the performance of duty.

“I want to be frank to the entire Philippines. If you continue with your ways . . . I will kill you,” he told the policemen who were lined up in front of him outside Malacañang.

Calling out other officers who colluded with drug and corruption syndicates, the President said he had a “special unit that will watch over you all of your life” and “if you make a little mistake, I will tell them to kill you.”

While it warned against taking shortcuts to punishing rogue officers, the CHR also decried crimes committed by members of the Philippine National Police that “cast a negative impression on policemen to the detriment of the entire police force and institution.”

De Guia urged the PNP to intensify its efforts to cleanse its ranks “in order that the public truly feels that policemen are protectors of rights and not otherwise.”

The PNP, which the President once called “corrupt to the core,” has been undergoing an internal cleansing since the police were removed twice from the crackdown on illegal drugs due to reported abuses.

He later allowed them to rejoin drug raids, partly because the small lead antinarcotics agency lacked personnel and firepower to quell the drug menace.

The PNP said the “vigorous cleansing” of the 190,000-strong force was one of the priorities of Director General Oscar Albayalde.

In a speech during the 117th Police Service Anniversary in Camp Crame, Quezon City, on Wednesday, Albayalde said that in the two years of the Duterte administration, the PNP had dismissed 1,828 officers, suspended 3,589, demoted 362 and penalized 403 with forfeiture of salary for various administrative and criminal offenses.

Another 353 officers have also been dismissed for drug-related offenses, he said.

Albayalde earlier said “innovations” had been made in the recruitment of officers to stop “criminal minds” from joining the PNP, including the publication of applicants’ names so that officials could act on any protests against any of them.

Speaking at the same anniversary rites, the President applauded the success in “cleansing the organization from scalawags who hamper the PNP’s efficiency in performing its mandate to enforce the law and serve our people” and renewed his warnings against corrupt officers engaged in the illegal drug trade.

“If you are into drugs, the possibility is great that I will be after you. And I said you might lose your funds, including your life,” he said.

The President, however, assured officers facing charges in connection with the performance of their duties that they can rely on his support.

“The rule is when your life is in danger and you feel you will die and leave your family fatherless, do not hesitate to kill,” he said.

“Never mind the idiots about human rights. They cannot help you. But I will be here as your President. I will never allow you to go jail. I will provide a lawyer for you,” he added. —With a report from AP