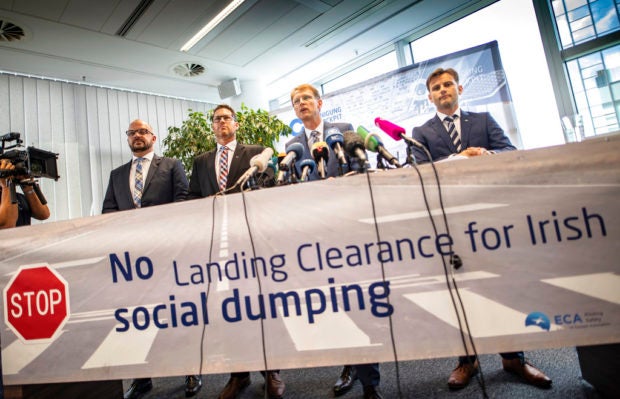 FRANKFURT, Germany — A German pilots union is joining Friday’s strike against Ryanair along with colleagues from Ireland, Sweden and Belgium at the peak of the vacation travel season.

The Vereinigung Cockpit union said it was calling on pilots to halt work for 24 hours, from 3:01 a.m. Friday to 2:59 a.m. Saturday.

Pilot representatives said at a news conference at Frankfurt’s international airport that they were seeking a labor agreement with comparable conditions to those at Ryanair’s competitors.

The airline has already cancelled 146 of 2,400 flights scheduled for Friday. The airline has been hit with strikes by flight attendants in Spain, Portugal and Belgium. Irish pilots have held four strike days.

Ryanair scheduled its own news conference for later Wednesday and declined to comment ahead of that. /ee