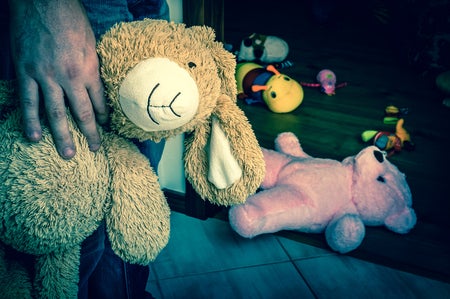 A vigilante pedophile hunter who had brought 28 sex offenders to justice is now being portrayed online as a pedophile by child molesters.

Jake Blakely from West Kensington, London, who used the name Public Justice PHL to track down pedophiles, was forced to put a stop to his vigilante hunting after sex offenders made fake social media accounts, videos and websites to wrongly illustrate him as a pedophile, reported Metro yesterday, Aug. 7.

“I fear for my own safety now,” Blakely said in the report. “If someone recognizes me from what they have done I could be attacked by people thinking I am a sex offender.”

Apparently, the hate campaign against him was made by pedophiles who were afraid they’d be his next target. The pedophiles went as far as to photoshop his image to make it appear that he joined in a protest to reduce the age of sexual consent in the United Kingdom to 6 years old.

Blakely fears sex offenders will use his images and fake social media accounts to groom a child, the report said. “I am waiting for them to use my personal image to set me up and potentially use my ‘profile’ to pretend to be me to groom a child. Then they would use that evidence to set me up for an arrest and possible imprisonment for something I’ve never done. That is really scary for me.”

The vigilante pedophile hunter said he shut his self at home for fear of being attacked or killed. He also pointed out that he is having a hard time getting a job because employers see the fake accounts, videos and websites branding him a pedophile whenever they look him up online.

He lamented the way things turned out after he had spent his time hunting pedophiles: “I have not committed any criminal offense. All I have done is protected children from being abused. It feels wrong then that I should be punished for it in this way.”

Met Police has launched an investigation on the matter; however, no arrests have been made, as of this writing.  Kate Matriano/JB