Cha-cha is dead, thanks to Mocha — Rep. Erice 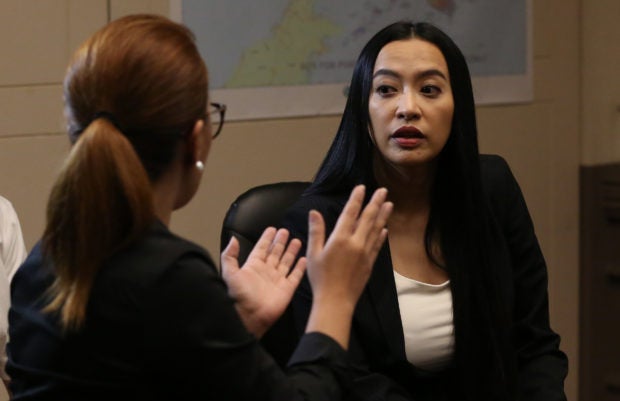 Charter-change is dead, thanks to Asec. Mocha.

The lyrics of the jingle, performed by a certain Drew Olivar in the video blog, include the line: “I-pepe, i-pepe, i-dede, i-dede, pepe pepe pederalismo!” The jingle was part of a video blog posted on Uson’s Facebook page “MOCHA USON BLOG” last Thursday.

Opposition lawmaker Erice said that this has revealed that “even the officials of Malacañang don’t know anything about federalism that they resort to cheap gimmickry.”

“Good for our country though, it exposes the weakness of the proposal and I would say Cha-cha is DEAD. Thanks to Asec. Mocha!” he added.

(It’s lewd, shallow, and it’s insulting to their office in Malacañang. They didn’t think that this is an important discussion and they’re besmirching it.)

(But a more important question here is if national funds were used in this. As Asec of the PCOO and one of those tasked by the President to head the IEC on federalism, they gave funds to a defective campaign. This is corruption if that’s the case.)

Ding Generoso, spokesman of President Rodrigo Duterte’s Consultative Committee (Con-com), said the jingle was not part of their information drive for federalism.

Many senators have also criticized the jingle, with Senator Aquilino Pimentel III saying Uson should stay away from federalism campaign and take a leave.

But Uson defended her “Pepedederalismo” jingle video with Olivar, saying it was meant to get Filipinos to talk about federalism. /je

Read Next
Dead baby found floating near New York’s historic Brooklyn Bridge
EDITORS' PICK
Acer Philippines welcomes you to its first flagship store
New Year, New Rediscoveries
Biden says Covid-19 expected to kill ‘well over 600,000’ in US
UP president challenges AFP claim on Reds’ campus infiltration
WHO says fabric facemasks still work against virus variants
Is your company a growth champion? Stand up and be recognized!
MOST READ
NBI files raps vs top execs of 2 tech firms
Ate Vi’s message to those against ABS-CBN’s franchise renewal
Cop, 12 others killed in Maguindanao shootout
K-pop stans take over ‘#ImpeachBidenNow’ to silence Trump supporters
Don't miss out on the latest news and information.