newsinfo / Headlines
Headlines
DOJ CHIEF: LUY CAN TESTIFY IN US 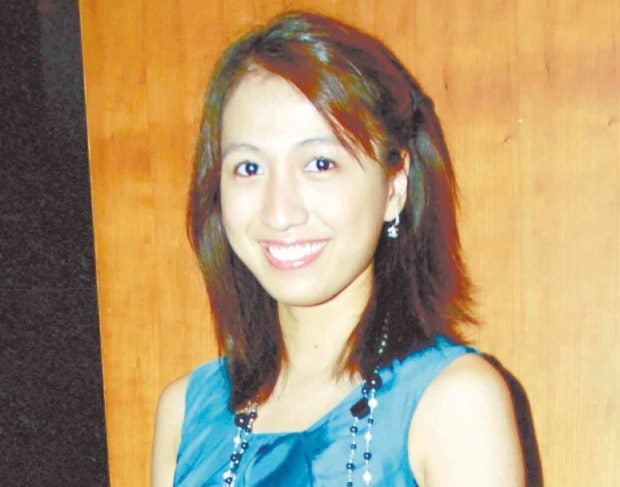 Jeane Catherine Napoles, who was indicted  in the United States for laundering proceeds from pork barrel funds, is back in the country and ready to face the charges, her lawyer said on Saturday.

Ian Encarnacion told the Inquirer in a telephone interview that the daughter of Janet Lim-Napoles, the alleged mastermind in the P10-billion pork barrel scam, returned from a business trip to Indonesia before dawn on Friday.

“We wish to clarify that our client is here ready to face these charges, and was not in any way trying to flee, contrary to how some outfits framed their news,” he said.

“Media reports gave the impression that she was trying to flee. Knowing her, she is not the type of a person who will run away from [a case],” Encarnacion said.

Justice Secretary Menardo Guevarra, confirmed on Saturday that “she flew back yesterday from Denpasar, Indonesia.”

Guevarra on Friday said Jeane Catherine left the country on July 27, four days before the US indictment, and that the government did not know where she was headed.

Besides her and her mother, the US Department of Justice also indicted her sister Jo Christine, brother James Christopher, uncle Reynald Luy Lim and aunt Ana Marie.

They were charged with conspiring to funnel in and out of the United States $20 million (about P1.06 billion) in “Philippine public funds.”

According to the US justice department, the funds were used “to purchase real estate, shares in two businesses, two Porsche Boxsters and finance the living expenses of three family members residing in the United States.”

Encarnacion said he personally fetched Jeane Catherine at the airport.

He said she flew to Indonesia to source materials for a company where she worked as an employee and “one of the most trusted persons” of a business associate.

He declined to say what business the company was engaged in.

“This matter already involves a third person whose identity I am not authorized to reveal,” he said.

Encarnacion denied speculations that Napoles had left the country in an attempt to evade prosecution by the US courts.

“This trip was planned way back in June, and she was supposed to leave July 18, but Ms Napoles got sick, so the flight had to be rebooked,” he said.

She heard about the US indictment while she was in Indonesia. She sought advise from her lawyers but made it clear she would not evade the charges, Encarnacion said.

“Naturally, the family was concerned over her safety upon her return because Jeane, next to her mom, is perhaps the most vilified among the members of their family because she was portrayed as a socialite who squandered people’s money,” he said.

Encarnacion said he volunteered to fetch her from the airport to assure the family that she would not be harmed or harassed when she arrived.

“Thankfully, when she arrived, there were no hassles,” he said. “She was in high spirits, and was even taking our photos with her cell phone.”

Guevarra on Saturday said the Philippines would continue to cooperate with the United States in prosecuting Napoles and would allow a state witness against her to testify in the money-laundering case.

Benhur Luy, a cousin and former employee of Napoles, may either testify in a US court or give his sworn statement in a deposition in the Philippines, Guevarra said.

“If he’s requested to testify (in court) by US prosecutors, we can make the proper security arrangements,” Guevarra told reporters.

Luy is the star witness in the plunder cases against Napoles, several lawmakers and government officials and employees in connection with the misuse of billions of pesos from the Priority Development Assistance Fund, or the legislative pork barrel.

Testifying at a hearing in the Sandiganbayan on Thursday, Luy said they sent money to Napoles’ US accounts by telegraphic transfer.

Guevarra has said Napoles could not be extradited to the US while she was being tried in the Philippines for plunder and graft but the other members of her family could be, if they have no pending cases here.