Houses kept from Kadamay given to 500 families | Inquirer News

Houses kept from Kadamay given to 500 families 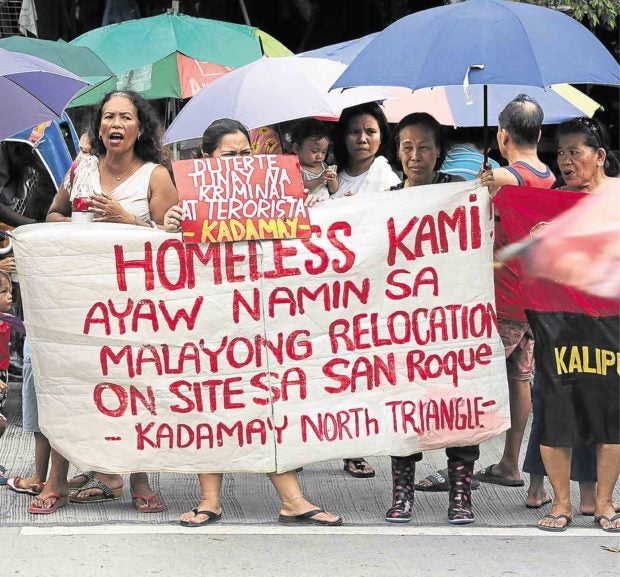 Members of Kadamay rally last month in Quezon City against threats to drive them away from vacant government-built houses. —GRIG C. MONTEGRANDE

On Thursday, Sen. Joel Villanueva led the ceremonial turnover of keys to the initial 158 families, who were relocated to the Bocaue Hills project site at Barangay Batia. The 500 beneficiary families used to live in danger zones and waterways of this town.

The housing project was designed for soldiers and policemen, much like some of the houses taken on March 8 last year by Kadamay in Pandi town and the City of San Jose del Monte.

President Rodrigo Duterte asked the soldiers and policemen to give up these units to prevent a bloodbath should government undertake a massive eviction operation.

But Bocaue government employees, residents and the police spent days after March 8 to guard the NHA project site, foiling several attempts by Kadamay members to also take over more than 4,000 empty units.

Villanueva said all families eligible for homes in the Bocaue project site would be relocated by the end of the year.

Ramon Paragas, NHA director in Bulacan, said P35,000 would be subsidized by the housing agency. Beneficiaries would pay for the unit in 30 years, with monthly amortization of P200 that would start next year.

He said the NHA and the local governments hosting housing projects for uniformed personnel were now allowed to give these houses to new beneficiaries after the original recipients waived their rights.

Paragas said 550 houses at Barangay Sipat in Plaridel town would also be distributed to families living in danger zones there.