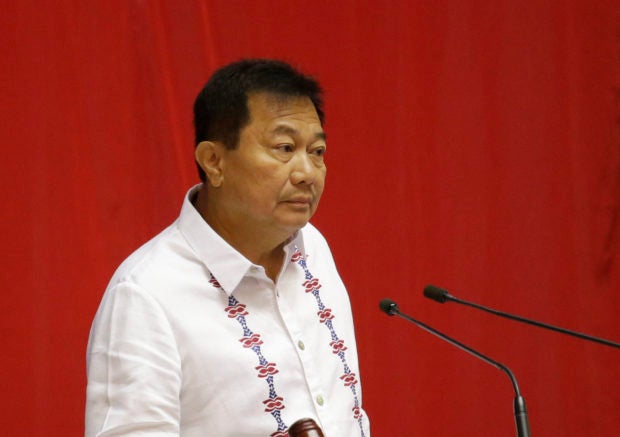 Fariñas said they unanimously elected De Vera as their new minority leader during the group’s meeting at 9:00 a.m.

It was former Majority Leader Fariñas who said De Vera should be the new minority leader because the latter abstained in the voting for the speaker.

On Wednesday, Suarez admitted that he was hurt that De Vera abandoned their group.

Aside from De Vera and Suarez, Marikina 2nd District Rep. Romero Quimbo, a Liberal Party member, is also claiming to be the rightful leader of his minority bloc, which includes lawmakers from the Magnificent 7 and Makabayan opposition blocs.

Quimbo’s group has 26 members, while the Suarez group has 20 members as of Wednesday.

Quimbo’s group is composed of the following lawmakers:

Read Next
White House: Trump’s tweet about Russia probe was an opinion
EDITORS' PICK
‘NCR Plus’ to be under MECQ starting April 12 until April 30 — Palace
Pru Life UK receives four golden arrows for solid corporate governance
Pre-order the new vivo Y20s [G] to get a free TWS earphone
Malls adjust ‘NCR Plus’ operating hours for April 12-30 MECQ
Speed up your game with the new vivo Y20s [G]
Metro Manila to have shortened curfew hours from 8 p.m. to 5 a.m. under MECQ
MOST READ
Stop ‘creeping occupation’ of ‘militia’ boats in WPS, Pacquiao asks China
Bea Alonzo clarifies status of her relationship with Dominic Roque
Convicted former aide of Sen. Bong Revilla dies — BuCor
Locsin to China: ‘Then move out’
Don't miss out on the latest news and information.