Bello: Kadamay, not NutriAsia workers, to blame for violent dispersal 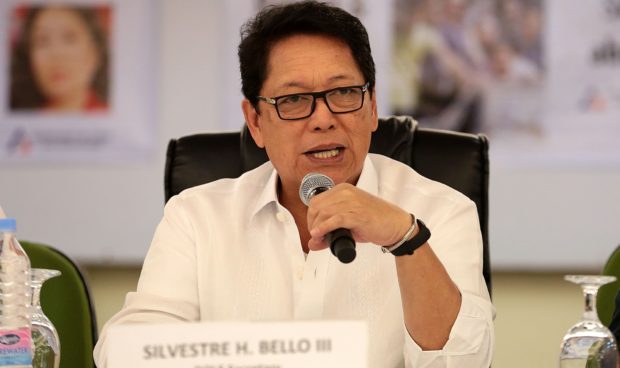 Labor Secretary Silvestre Bello III is blaming members of militant group Kadamay for causing the violent dispersal of protesters at a NutriAsia factory in Marilao, Bulacan.

Bello said there was already an ongoing mediation between the workers and the condiment giant when Kadamay members had reportedly meddled.

Bello said that there was no report to him that any of the NutriAsia employees were hurt during the dispersal.

Setting aside Kadamay’s alleged meddling, Bello said that he was optimistic that the labor issues between the employees and the NutriAsia management would be resolved.

The Department of Labor and Employment (DOLE) has issued a regularization order against NutriAsia, but its workers are saying that the company has yet to implement it.

Senator Joel Villanueva had called on his colleagues to look into the regularization issues against the condiment giant.

“We need to investigate because these cases highlight the weaknesses of our current regulatory framework,” Villanueva said in a statement on Tuesday, July 31. /je