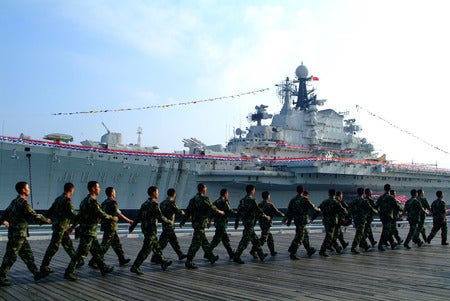 An ex-soldier from China got the surprise of his life when he found out that he was marked as a woman in official retirement papers.

Tian, 62 years old from Zhengzhou in Henan province, China retired from the military in the 1980s and went on to become a bank worker.

Tian took a post with the Agriculture Bank of China after his stint in the military, and according to The Paper.cn via The South China Morning Post last July 30, he retired on 2015. Tian, however, only set out to inquire about his military pension late 2017.

Tian, in the past five months, has since been going to and from different government agencies, but still, his document sees no revision. “I came here myself with my ID card, so why can’t they just correct the error?” Tian said in the report.

It’s unknown when and how the error regarding Tian’s biological sex happened, but the social security bureau recently advised Tian to return to his former employer and start his inquiries there.

Tian, meanwhile, shared that the bank is now processing his case, but he seems to be fazed over the bureaucracy, saying in the report, “I really have no idea why it’s so difficult.” Cody Cepeda/JB