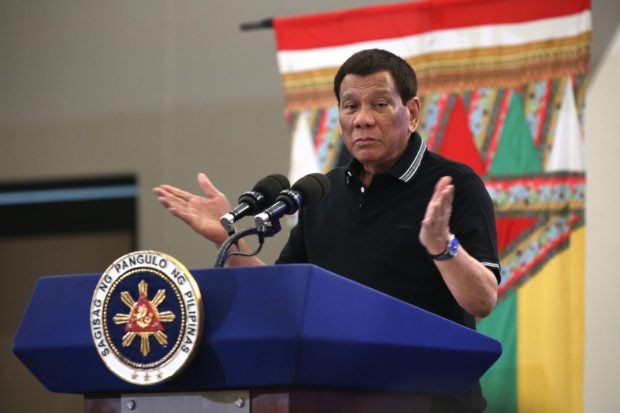 President Rodrigo Duterte said he wants the smuggled Hummer vehicles given to the Philippine National Police (PNP) and Armed Forces of the Philippines (AFP) instead of destroying the luxury trucks.

Aside from the 69 illegally imported deluxe sedans and motorcycles seized in Cagayan, Duterte said there were also more than 10 smuggled Hummer trucks that were discovered by authorities.

While the sedans and motorcycles were publicly condemned and crushed, Duterte said the Hummer vehicles should just go to the police and military for their use.

“I said do not destroy it because I’ll give it to the military and the police for their use,” Duterte said a speech at the joint 68th National Security Council and 69th National Intelligence Coordinating Agency Founding Anniversary on Tuesday.