The military claimed Tuesday that the suspect behind the explosion in Basilan that left at least 11 people killed belonged to the group of Abu Sayyaf leader Furuji Indama.

“Based from a conversation with Wesmincom commander Lt. Gen. Arnel dela Vega, this person whose name or identity is not known yet is part of the group of Furuji Indama,” Armed Forces spokesperson Col. Edgard Arevalo told reporters at Camp Aguinaldo.

Indama is a Basilan-based Abu Sayyaf leader. One of its previous leaders in the island, Isnilon Hapilon, was one of the terrorists who led the five-month Marawi siege, which left almost a thousand people killed and hundreds of thousands displaced.

The driver flagged at the checkpoint reportedly appeared to be a foreigner based on a military report but Arevalo said it could not be proven yet, as of this posting. 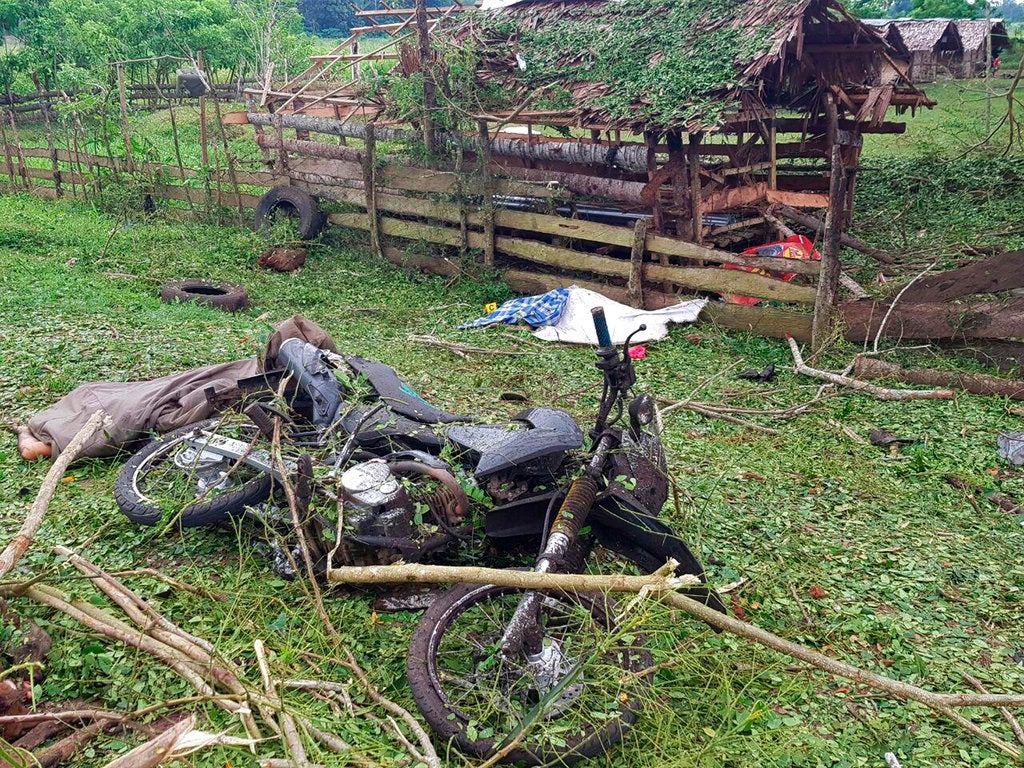 Bodies lie beside a motorcycle after an explosion in Lamitan, Basilan province, southern Philippines on Tuesday, July 31, 2018. A soldier, five militiamen and four villagers were killed by the powerful bomb that exploded in a van the troops were inspecting Tuesday amid threats of bombings in a southern province, military officials said. AP PHOTO/Christine Garcia

“We can’t say that this is a foreign terrorist or a foreigner driver because he himself was killed in the blast. The personnel who had contact with the driver also died in this incident,” Arevalo said.

“This group of Furuji Indama is swiftly losing ground ground so they are now resorting to desperate moves in order to disrupt the mass surrender of Abu Sayyaf members in Basilan,” Arevalo said.

The spokesperson also called on the pubic to refrain from calling the incident as a “lone wolf attack.”

“These are speculations. Up to now, the investigation is still ongoing,” he said.

The car bomb attack in Basilan happened days after President Rodrigo Duterte said he was open to a dialogue with the Abu Sayyaf to end extremism in the Philippines. /kga

11 killed as van explodes in Basilan