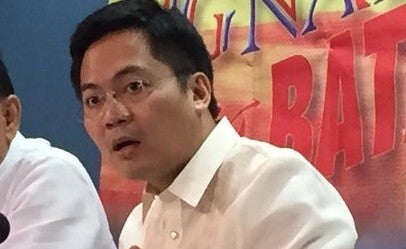 The House of Representatives committee on appropriations began its deliberations into the P3.757-trillion 2019 national budget on Tuesday, with chair Rep. Karlo Nograles questioning the decrease in the national budget compared to last year’s, and the slashed budgets of some key agencies.

Nograles noted that the proposed 2019 budget was P10 billion lower than the P3.767-trillion national budget in 2018.

“Let’s address the elephant in the room. You are coming to ask a budget that’s P10 billion lower in absolute terms. All of us here are concerned with the reductions in various departments and agencies namely the DOH, DepEd, and DPWH,” Nograles told Secretary Benjamin Diokno of the Department of Budget and Management (DBM), which is part of the DBCC.

Diokno said it was “misleading” to compare the P3.757-trillion cash-based budget to the 2018 obligation budget.

Nograles said he was expecting at least P3.9 trillion budget for 2019. He lamented that this was the first year that the country is having, “in absolute terms, a reduction of the budget.”

There were also P5-billion reductions in the budgets of the Department of Social Welfare and Development (DSWD) and Commission on Elections (Comelec), he added.

He said that this was even more questionable especially in light of the implementation of the Tax Reform for Acceleration and Inclusion (Train) Law this year.

Diokno said the 2019 budget could be deemed “revolutionary” because it would be the first cash-based budget of the government.

The Budget secretary said under this system, all government programs and projects budgeted for the fiscal year should be implemented and delivered within the same fiscal year.

“Underspending is the highest form of incompetence,” Diokno stressed.

The House appropriations committee will conduct its hearings on the budget proposals of the different government agencies and departments from July 31 to August 29. /jpv