Cayetano to Aquino: Was Del Rosario transparent with you? 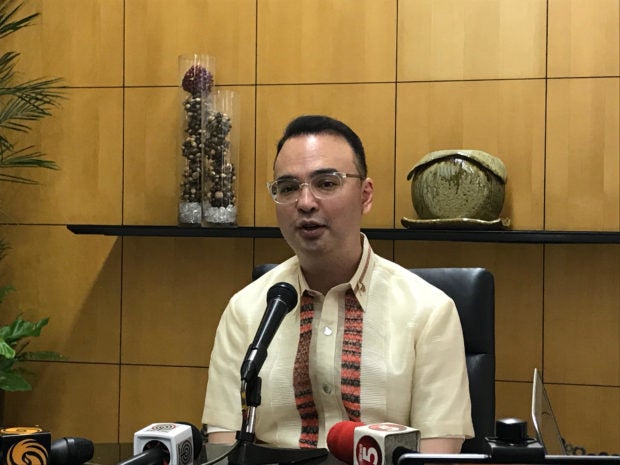 Foreign Affairs Secretary Alan Peter Cayetano hit back at former President Benigno “Noynoy” Aquino III on Tuesday for asking transparency from the Duterte administration regarding its dealings with China.

“Former President Aquino should ask former Secretary Albert Del Rosario: ‘Were you transparent with me?’” he told reporters.

On Sunday, Aquino asked the administration to be transparent with its negotiations with China to allay people’s fears amid the existing territorial dispute on the South China Sea.

But Cayetano turned the table and accused the Aquino administration of not being transparent with its handling of the controversy with China.

“The problem is their strategy is not working. What’s Einstien’s definition of stupidity? To keep doing the same thing and expecting a different result,” he said.

Cayetano asserted that Aquino and his allies wanted the Department of Foreign Affairs (DFA) to file diplomatic protests – which accomplish nothing.

“On the surface, it looks like a brave and strong strategy but actually it doesn’t produce results,” he pointed out.

Cayetano said it was unfortunate that Aquino and Vice President Leni Robredo were “fed with wrong information.”

“It’s very unfortunate that the same small core who hijacked the foreign policy in the last administration are feeding them information that is simply not true,” he said.

The DFA chief, however, did not name those he claimed have hijacked the nation’s foreign policy but disclosed that the Duterte administration has been taking notes of the comments and views presented by Del Rosario, Acting Chief Justice Antonio Carpio, and other critics.

“Hindi kalaban ng Aquino administration and Duterte administration. We want the same thing. But it’s not true that we’re not transparent,” Cayetano pointed out.

Cayetano said all meetings with China were put on the record.  /kga