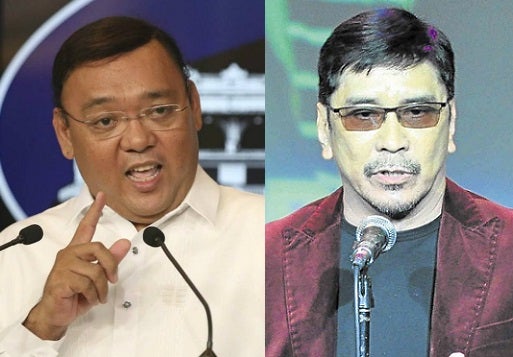 Presidential Spokesperson Harry Roque (left) said Ben Tulfo (right) could face legal action after the latter took back an earlier promise to return P60 million paid to his media outfit for airing ads of the Department of Tourism. INQUIRER FILES

With television host Ben Tulfo’s refusal to return the P60 million earned from tourism ads, Presidential spokesman Harry Roque said Monday that the brother of former Tourism secretary Wanda Tulfo-Teo would have to face legal action for it.

Tulfo is insisting that the money was paid by the Department of Tourism (DOT) for services rendered by his TV outfit Bitag Media Unlimited.

Subsequently, the presidential spokesman said that the legal process would have run its course on the controversy.

The Commission on Audit earlier flagged the DOT’s P60 million payment to Bitag Media under Teo’s watch as a possible conflict of interest in violation of the anti-graft law.

Teo and Tulfo are siblings. /cbb