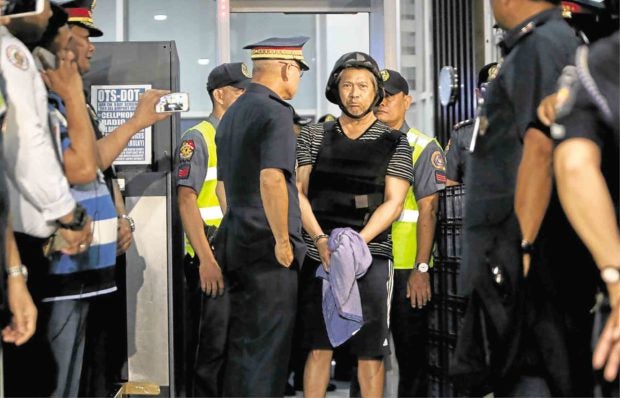 The Philippine National Police assured the safety of Ozamiz City Councilor Ricardo “Ardot” Parojinog, who was deported to the Philippines from Taiwan where he hid following raids on his family’s compound in Ozamiz that led to the killing of his relatives in what police said was an antidrug operation.

Parojinog has been on the run for nearly a year.

Those killed in the Ozamiz raid included Parojinog’s elder brother, then Mayor Reynaldo Parojinog, who had been tagged by President Rodrigo Duterte as a “narcopolitician.”

The Ozamiz City Regional Trial Court issued a warrant for his arrest.

Ricardo was arrested in Taiwan in May for violating immigration and national security laws for entering the country using falsified documents.

Police said they believed Ricardo had been in Taiwan since September.

He was jailed for several months in Taiwan before he was deported to the Philippines on Friday.

In a press conference at Ninoy Aquino International Airport shortly before Parojinog’s flight arrived in the Philippines, PNP Director General Oscar Albayalde said it was “incumbent upon the PNP” to ensure that Ricardo was safe so he can stand trial.

“His arrest describes in unequivocal terms the relentless campaign against illegal drugs and crime that we are waging to convey the chilling message of the certainty of punishment to all those who challenge the majesty of the law,” Albayalde said.