No conspiracy with Comelec on shading threshold – Robredo camp 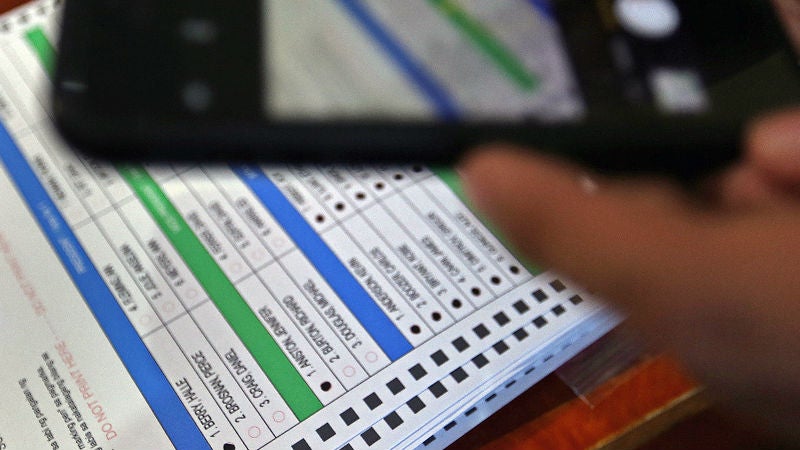 No conspiracy was perpetrated by the camp of Vice President Leni Robredo and the Commission on Elections (Comelec) on the ballot shading threshold on the ongoing vote recount, Robredo’s spokesperson said on Friday.

Lawyer Barry Gutierrez, Robredo’s spokesman, denied the claims of former Senator Ferdinand “Bongbong” Marcos’ camp that the Comelec was siding with the Vice President, branding their remark as “laughable.”

In a statement on Friday, Gutierrez said that the Marcos camp’s claim is “an attempt to fool the Filipino electorate.”

“It’s laughable how Mr. Marcos and his spokesperson seem to be pulling every stunt out of the Cheater’s Playbook, getting more desperate in the face of proof that they are lying to the public,” Gutierrez said.

“There is no such conspiracy with the Commission on Elections and Mr. Rodriguez is again pulling stories out of thin air,” he stressed.

Even Commission on Elections (Comelec) spokesman James Jimenez denied that they were backing any party in the ongoing electoral recount.

“Just to clarify: Comelec did not back any party to this protest. This characterization is wrong and misleading. The 25% threshold is applied to all protests, even before it became an issue in the VP protest,” Jimenez said in a statement.

Marcos’ spokesman Atty. Victor Rodriguez on Thursday evening called the position of the Comelec on the ballot threshold issue as “not only patently illegal but at best meant to justify the cheating done to favor Mrs. Robredo.”

The Comelec, in a 13-page comment to the Presidential Electoral Tribunal (PET), said that the 25-percent ballot shading threshold should be the standard followed for the vote recount.

Rodriguez claimed that the 25-percent threshold was lowered in September 2016, months after the 2016 national elections was conducted to favor the Robredo camp.

But Gutierrez stressed that the media has already reported that the ballot shade threshold would be 25-percent three months before the election was conducted.

Quoting the Comelec, Gutierrez said the lowered threshold was intended “to lessen disenfranchisement and give fuller effect to the intention of each voter.”

“The September 2016 resolution that Mr. Rodriguez was referring to merely affirmed that the VCMs read the votes correctly, as found by the Random Manual Audit conducted after the elections,” Robredo’s spokesman said.

“It’s insulting that they continue these attempts to fool the Filipino electorate this way, but perhaps it shouldn’t come as a surprise that Mr. Marcos and his spokesperson could come up with such wild accusations. After all, they seem well-versed in the art of deception,” he said. Carol Balita, INQUIRER.net intern