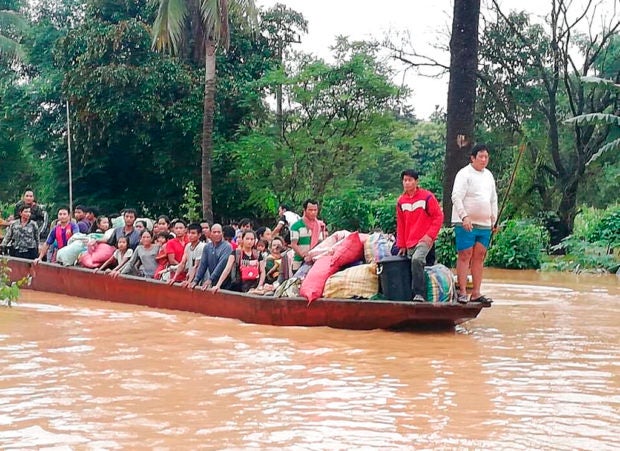 Champasak, Laos and Bangkok, Thailand – The bodies of 17 people have been recovered after flash floods caused by a dam breach in southern Laos, a Thai consular official at the scene told AFP on Wednesday.

“There are 17 bodies recovered so far, but we cannot estimate the number of missing yet,” Chana Miencharoen, said.

He also said that roof-level floodwaters have submerged several villages near the Xe-Namnoy dam.

Search and rescue continued after hundreds went missing in villages flooded when part of a newly built hydroelectric dam was breached in southeastern Laos.

SK Engineering & Construction, one of two South Korean partners in the project, said in a statement late Tuesday that the top of one of five auxiliary earth-fill dams at the project had collapsed Sunday night after heavy rains.

The cascade from the collapse swept away houses, flooded villages and left more than 6,600 people homeless. The official Lao news agency KPL said the disaster “left hundreds of people missing,” without providing details.

The website of the state-run Vientiane Times newspaper said Wednesday that two people were confirmed dead as of Tuesday afternoon. The government declared the area a disaster zone. /kga