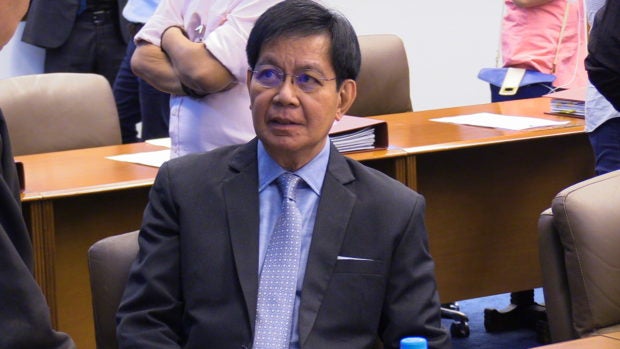 Lacson was amazed that the President stuck to his prepared speech, with few ad libs, and managed to deliver a “well-structured and organized” Sona.

“It was a pleasant surprise that he has toned down for a change without losing emphasis in conveying his message,” the chair of the Senate public order committee said in a text message.

His curses are not limited to the two previous Sonas.

The President has laced many of his speeches with expletives, as he often discards any prepared speech.

Most Filipinos find the expletives vulgar.

In the last four months, for instance, a majority of Filipinos found three controversial actions of the President to be “bastos” (vulgar), according to results of a survey conducted by Social Weather Stations (SWS) in June.

Sixty-four percent of respondents found vulgar his cursing of the chief and members of the United Nations Human Rights Council, and his threat to feed them to crocodiles.

On March 10, the President said lawyers from the International Criminal Court (ICC) who would come to the Philippines to investigate the killings in the war on drugs would be fed to crocodiles.

Prosecutor Fatou Bensouda of the ICC opened in February a preliminary examination of a complaint for crimes against humanity filed against the President and at least 11 of his officials over extrajudicial killings in his war on drugs.

Kiss on the lips

Fifty-two percent considered vulgar the President’s planting a kiss on the lips of a married Filipino woman on stage in exchange for a book he was handing out during his meeting with members of the Filipino community in South Korea in June 2018.

Fifty-five percent found “bastos” the President’s pronouncement that priests were no better than he.

His pronouncement came after unidentified men had killed three priests since December 2017.

At the height of protests against the killing in April of Fr. Mark Anthony Ventura in Gattaran, Cagayan province, the President said “a priest is no better than me. Priests have two wives.”

In all areas except Mindanao, a majority of respondents said the three specific acts of the President were vulgar, according to SWS.

Those who said cursing the UN Human Rights Council was vulgar was highest in Metro Manila and the rest of Luzon (both at 71 percent), followed by the Visayas (62 percent) and Mindanao (47 percent).

Those who said his kiss to a married woman on the lips was vulgar was highest in the Visayas (64 percent), followed by rest of Luzon (55 percent), Metro Manila (51 percent) and Mindanao (37 percent).

Those who found vulgar his claim that priests were no better than him was also highest in the Visayas (62 percent), followed by Metro Manila and rest of Luzon (both at 57 percent) and Mindanao (44 percent).

The noncommissioned survey was conducted through face-to-face interviews with 1,200 adults. It had a margin of error of plus-or-minus 3 percentage points for national percentages. —Reports from DJ Yap and Inquirer Research