President Rodrigo Duterte vowed during his State of the Nation Address (Sona) to a joint session of Congress and the Filipino people on Monday to pursue his war on drugs, saying it would be as “relentless and chilling” as before.

The President also warned drug lords and other criminals, profiteers, miners, cartels and even friends who would be involved in corruption that justice would catch up with them.

As promised by his officials, the President delivered a short speech, sticking to his prepared text.

He spoke for 48 minutes and his speech was devoid of expletives and profanities that tarnished his first two addresses to Congress.

But the President did not articulate the “people’s desire for genuine change” as the “father of the nation,” as presidential spokesperson Harry Roque said on Saturday he would.

The President’s speech centered on his signature program — the brutal war on drugs — as well as his fight against corruption and poverty, and issues that marked his second year in office — labor contractualization, inflation, the degradation of Boracay Island, and the dispute with China in the South China Sea.

The President also used the occasion to thank former Chief Justice Reynato Puno and former Senate President Aquilino Pimentel Jr., who were in the audience, and members of the Consultative Committee that wrote a draft constitution for his planned shift to federalism.

He expressed confidence that the people would “stand behind us as we introduce this new fundamental law,” noting that four administrations before his tried but failed to amend the 1987 Constitution.

In his speech, the President first mentioned his plan to press his war on drugs, saying seized drugs were now worth billions of pesos.

“I can only shudder at the harm that those drugs could have caused had they reached the streets of every province, city, municipality, barangay and community throughout the country,” he said.

“This is why the [campaign against] illegal drugs will not be sidelined. Instead, it will be as relentless and chilling, if you will, as on the day it began,” he said.

Since the President assumed office, police have killed more than 4,500 people they say were suspected drug pushers who resisted arrest.

Police say several thousand other deaths are believed to be drug-related, and at the hands of vigilantes or rival gang members.

Human rights groups alarmed by the bloodshed say many of the killings were summary executions by police who were systematically exterminating drug users in the poorest communities.

The President lashed out at drug dealers, who he said were well aware of the harm they were doing, including slowly killing addicts.

But he also slammed advocates of human rights for criticizing “law enforcers and this administration to no end.”

He said he had yet to hear them and Church groups protest “drug lordism, drug dealing and drug pushing as forceful and vociferous as the ones directed against the alleged errant [law] enforcers in the fight against this social surge.”

‘You got it wrong’

“If you think that I can be dissuaded from continuing this fight because of [your] demonstrations, your protests, which I find, by the way, misdirected, then you got it all wrong,” he said.

“Human rights to me means giving Filipinos, especially those at the society’s fringes, a decent and dignified future through the social and physical infrastructures necessary to better their lives,” he said.

The President also warned corrupt officials, saying “one day, justice will catch up with those who steal government funds.”

He said he had lost friends and political supporters whom he had appointed to public office because of corruption.

He valued friendship, he said, but warned that friendship had limits.

He appealed to his friends whom he had appointed to public office “to help me in my cause so that our friendship will endure.”

Noting rising inflation, the President said the government “cannot and should not” stop the implementation of the Tax Reform for Acceleration and Inclusion (TRAIN) Act because this was needed for sustainable growth.

He said the government had acted to help the poor and the elderly ride out inflation by distributing unconditional cash transfers, which would help 10 million people by the end of the year.

Likewise, he said, the government will shell out P149 billion worth of subsidies to the poor and vulnerable.

He also warned rice hoarders, cartels and their protectors to “stop messing the people” and said he hoped he would not have to use power “against you.”

“Consider yourselves warned. Mend your ways now or the full force of the State shall be brought to bear upon you,” the President said, directing intelligence agencies to identify the “perpetrators of this economic sabotage” and for law enforcers to go after them.

He said protecting the environment was a higher priority of his administration than using resources, and warned the mining industry “against destroying the environment or compromise our resources” and directed miners to repair what they had mismanaged. —With reports from the wires 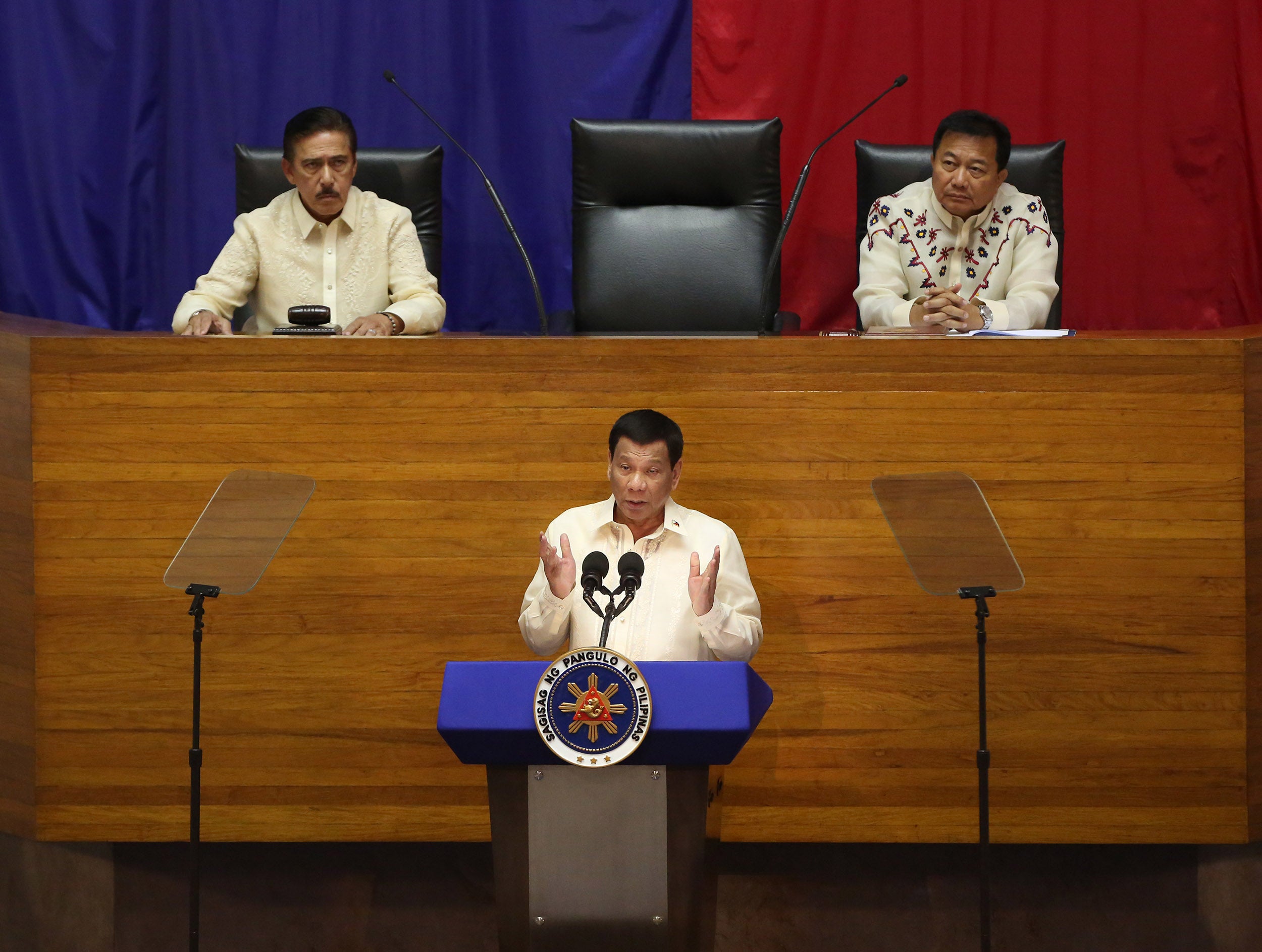