'Dragged like a rag doll': Woman mauled by lion in Ukraine | Inquirer News

‘Dragged like a rag doll’: Woman mauled by lion in Ukraine 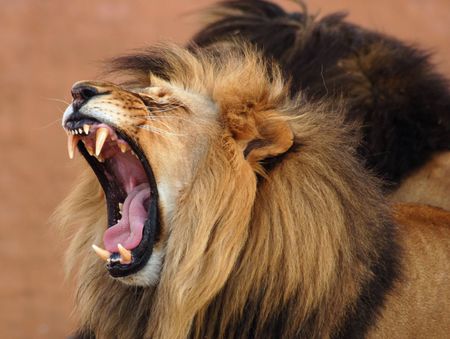 A woman was “dragged like a rag doll” and mauled by a lion while participating in an electric car ride tour to see the wild cats at Taigan Safari Park in Crimea, Ukraine.

“I squatted down and put my hand on the lion as I was told. Next moment it grasped my arm and dragged me like a rag doll,” 46-year-old Olga Solomina recounted to TV channel Crimea 24, as reported by Metro last Friday, July 20. “The other lions jumped to their feet. I closed my eyes in fear waiting to be torn apart by the pride. It lasted several seconds that felt like eternity for me.”

Solomina was reportedly saved by zoo director Oleg Zubkov who personally accompanies tourists in the tour. However, the 46-year-old woman claims the director did not call an ambulance for her. Instead, Zubkov instructed a veterinarian to treat her and gave her alcohol instead of an anesthetic.

Zubkov denied her allegations, stating Solomina was injured because of her own fault. The zoo director said that the reasons why the 46-year-old woman was attacked are that she was drunk and that she tried to stroke the lion’s mane.

Solomina was diagnosed with a serious infection from the bite after she went to the hospital a day after the incident.

“The infection got into her body from the teeth of the animal. It is a very dangerous infection,” hospital spokesperson Nikolai Vlasov said in the report. “She underwent surgery. Her health condition became better, but she needs further treatment. At the moment it’s still not clear if she will regain full usage of her arm.”

The 46-year-old woman is demanding 1,000,000 RUB (P840,000) for compensation which the safari park refuses to pay because she reportedly signed a legal disclaimer before engaging in the excursion. The Crimean police has launched an investigation into the matter.

This is apparently not the first time the safari park was involved in a controversy. The body of 29-year-old worker Maxim Yakovlev was recovered in the park in January 2017, bearing injuries consistent to being mauled by a wild cat. The safari park denied the charges and the criminal investigation on the cause of his death is still open, as of this writing. Kate Matriano/NVG

Surfer mauled by shark swims to shore despite leg injuries

Man hops over zoo fence to skip paying ticket, gets mauled to death by tiger