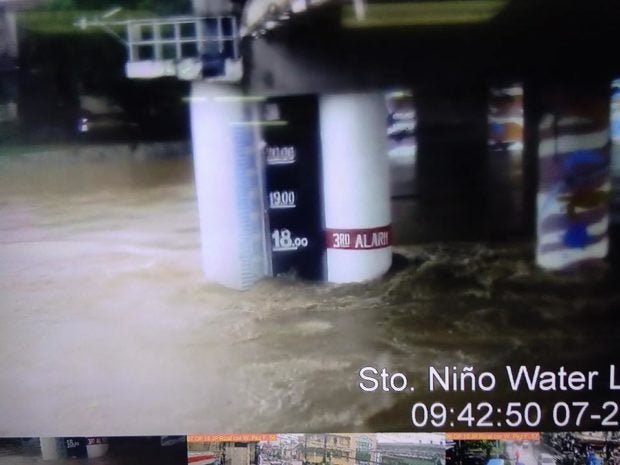 Due to the heavy downpour of rain caused by Tropical Depression “Josie,” the Marikina River spilling level reached the 17-meter mark on Sunday morning.

The local government of Marikina City has raised the alert level to second alarm as the river’s water level reached 17.3 at 8 a.m.

Local authorities have started to ask its residents to leave their homes and evacuate to designated centers; however, forced evacuation is not yet in place.

According to the policy, the local government of Marikina would only declare a forced evacuation once it reached its third alarm or 18.0 meters.

The state weather bureau said in its morning bulletin that Josie has maximum sustained winds of 60 kilometers per hour (kph) near the center and gustiness of up to 75 kph.

Josie is expected to leave the Philippine area of responsibility on Monday morning as it moves northeast at a speed of 35 kph. /je