SWS: Number of families who consider themselves as poor has increased | Inquirer News
Close
menu
search

SWS: Number of families who consider themselves as poor has increased 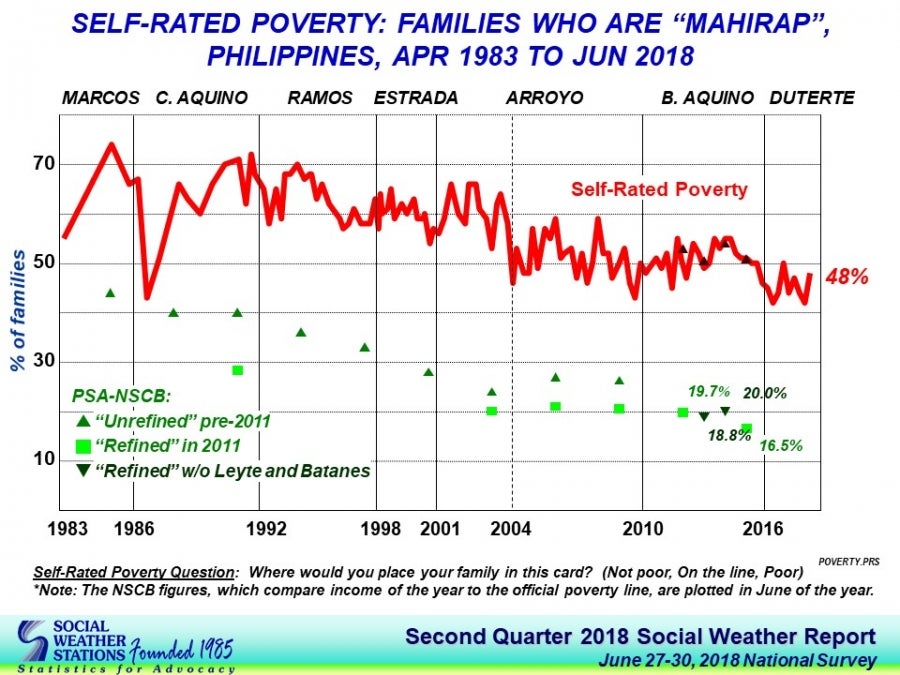 The number of families who consider themselves as poor has increased to 11.1 million from 9.8 million, the second quarter 2018 Social Weather Stations (SWS) survey showed.

According to the SWS, about 48 percent of Filipinos families consider themselves poor — six points higher than the 42 percent from the previous survey.

The SWS also noted that the 48 percentage high is the highest since the 50 percent results during 2017’s first quarter.

The polling body said the increase in percentage was due to the 18-point self-rated poverty in Mindanao, the highest since the 70 percentage during the 2015’s third quarter.

The SWS said that the percentage point in Visayas was the highest since the 71 percent in December 2015 survey.

It added that the results in Metro Manila were also the highest since the 43 percentage point in December 2014.

Filipino families residing in Balance Luzon said their poverty rate improved as the survey showed a 5-point drop for the second quarter, from 40 percent in March to 35 percent in June. 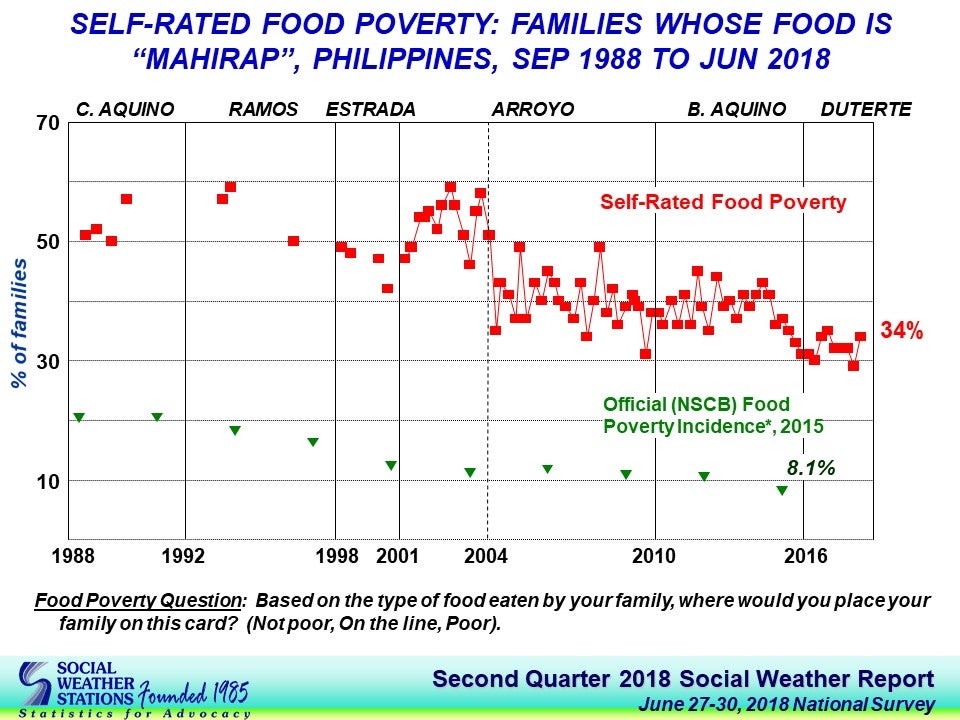 The second quarter survey of the SWS also showed that an estimated 7.8 million Filipino families or 34 percent considered their food as “poor.”

The latest results showed a percent increase compared to the survey conducted in March 2018.

The increase, according to the SWS, was due to the increased self-rated food poverty numbers in Mindanao, Metro Manila, and Balance Luzon.

Metro Manila also had a 5 percent increase in the latest survey of SWS. It showed that from 18 percent during the first quarter, about 23 percent of Filipino families now consider their food as “poor.”

In Balance Luzon, food poverty increased to 26 percent in the second quarter from the first quarter of 24 percent.

The number of self-rated food poverty in Visayas remained unchanged at 45 percent.

The survey had a sampling error margin of ±3% for national percentages, and ±6% each for Metro Manila, Balance Luzon, Visayas, and Mindanao.  /muf