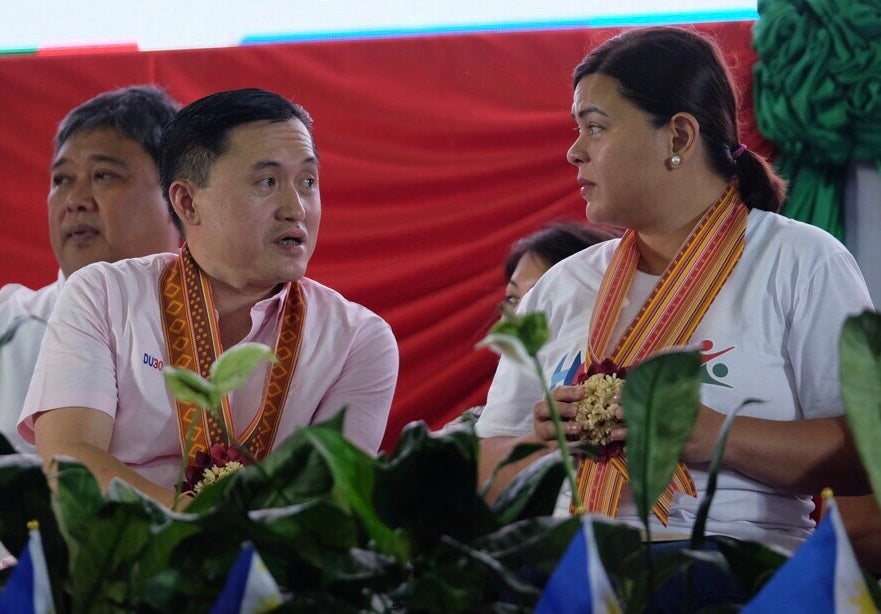 Special Assistant to the President (SAP) Christopher Lawrence “Bong” Go was endorsed by Davao City Mayor Inday Sara Duterte during her speech on Thursday morning at the basic orientation and mass oath taking of the members of Hugpong ng Pagbabago in Compostela Valley.

Hugpong ng Pagbabago is a regional political party that seeks the realization of the promise of positive change, transformation, progress and stability made by the Duterte administration for the Filipino people.

Thousands of members of Hugpong ng Pagbabago who were present cheered and reacted positively to Mayor Duterte’s endorsement.

The mayor said they knew it’s too early for Secretary Go to decide, but if he pushes through with his senatorial bid next year, they will give him 100 percent support.

Go humbly thanked the mayor, but said it was too early to talk about politics or his plan to run for an elected position.

(We talked a while ago, thanks to Mayor Inday and to Hugpong ng Pagbabago. But it’s not yet on my mind, far from what I’m thinking. I’m not yet interested in running [for a Senate seat].)

After the event in Compostela Valley, Go attended the blessing, unveiling of a marker, and the ceremonial groundbreaking of the New City Hall Building of the City of Digos, Davao del Sur.

The official also accompanied private individuals and businessmen from JC Premiere, Inc. in donating relief goods and housing materials to families affected by the recent fire in Sasa, Davao City, and the recent monsoon floods in Bucana, Davao City.

Go also reiterated to his supporters not to use his name or face in putting up tarpaulins and billboards during his media interview.

(I thank my supporters and also the supporters of President Duterte. But my request is for the money to be used in building billboards be used instead to help those who need it…let’s help the victims of fire and calamity.)

Go currently promotes the government’s three-point campaign against illegal drugs, criminality and corruption nationwide. Also, he has been actively helping victims of man-made and natural calamities as part of his job to help President Duterte reach out to the poor and needy.  /muf