Former President Aquino not deprived of due process – DOJ chief 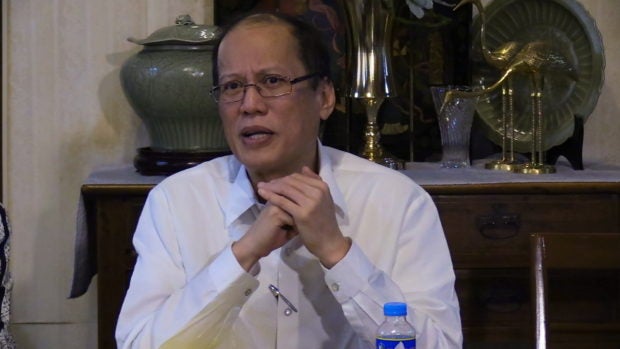 Justice Secretary Menardo Guevarra defended the move of the National Bureau of Investigation to file a complaint against former President Benigno Aquino III and seven others in the Office of the Ombudsman over the P3.5-billion mass dengue vaccination program in 2016.

Guevarra, who served as deputy executive secretary under Aquino, said the NBI did not deprive the former President of due process when it asked the Ombudsman to investigate him, former Budget Secretary Florencio Abad, former Health Secretary Janette Garin and five health officials for technical malversation.

On Monday, Aquino complained that his right to due process was violated because the NBI did not get his side first.

“(Aquino) and the other respondents will be given the opportunity to controvert the charges during the formal investigation to be conducted by the Ombudsman,” Guevarra said in a text message to reporters.

“The NBI performs a fact-finding function only. It’s the Ombudsman/DOJ [Department of Justice] who does the preliminary investigation,” he added.

Guevarra said the probe was based on the order of his predecessor, Vitaliano Aguirre II.

The NBI is under the supervision of the DOJ, which is already conducting a preliminary investigation of the same charges brought against Aquino and his former Cabinet officials over the vaccine’s procurement in 2015.

Over 800,000 schoolchildren were given Dengvaxia before the mass immunization was stopped in 2017, three days after its French manufacturer, Sanofi Pasteur, warned of the vaccine’s possible adverse effects on those who have not yet had dengue.

In its complaint, the NBI claimed that Aquino, Abad and Garin should be held liable for technical malversation for conspiring to release savings from the Mutual Benefit Personnel Fund in 2015 for the mass immunization program.