The Land Transportation Franchising and Regulatory Board (LTFRB) has issued a show cause order against transport network company (TNC) Hype Transport System Inc for allegedly overcharging.

In its show cause order, the LTFRB questioned Hype over charging its passengers a P2 per minute fare “without authority from Board.”

“Acting on a report forwarded by a concerned citizen to the Board, respondent Hype Transport System Inc. is hereby ordered to show cause in writing within a period of five days from a receipt.”

The order also stated that the normal flag down rate of Hype was only P40 and P14 per kilometer charge.

The LTFRB then asked the Hype company to appear at the hearing set on July 24 at the main office in East Avenue, Quezon City. 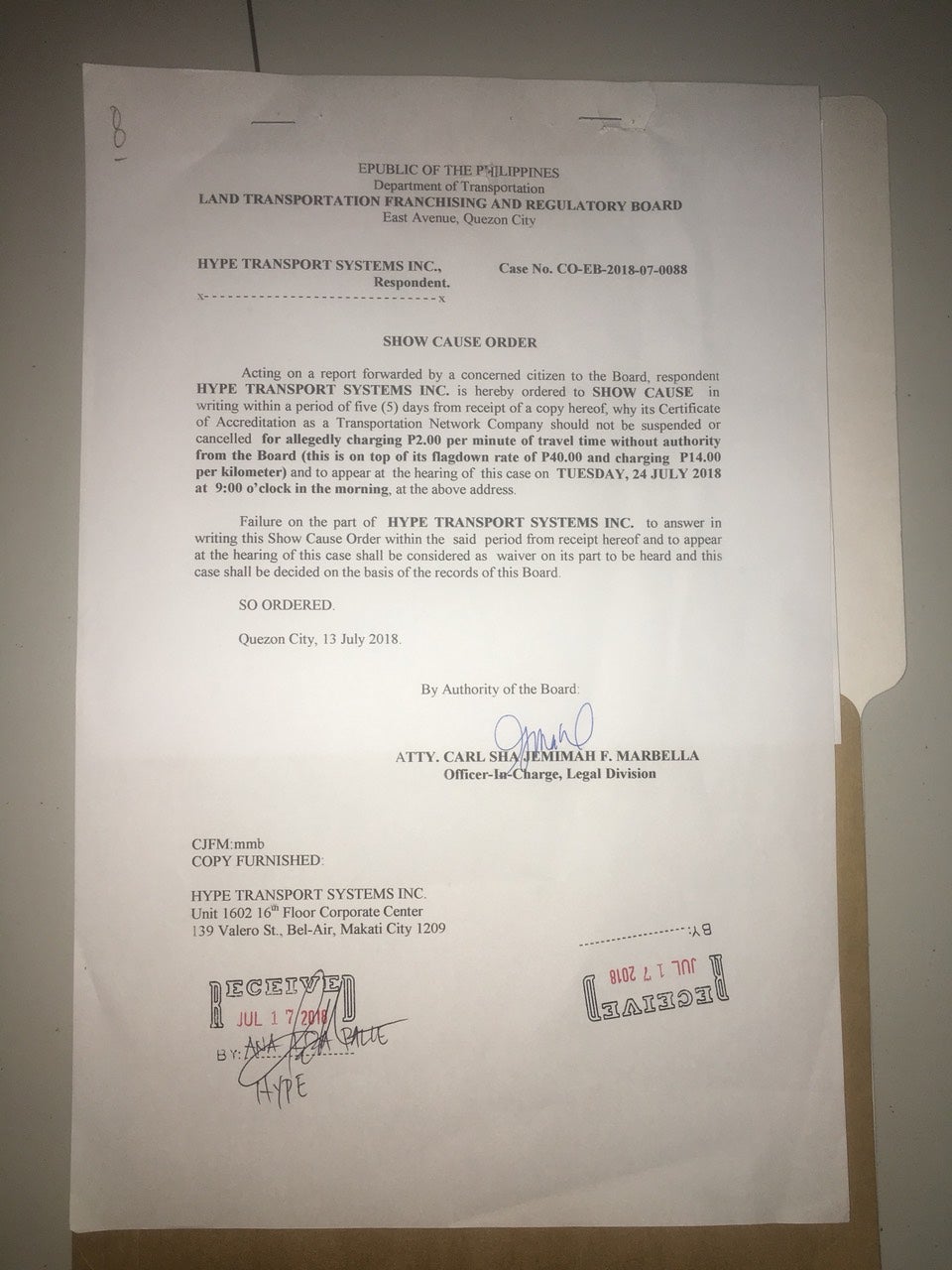 “Failure on the part of Hype Transport System Inc to answer in writing this Show Cause Order within the said period from receipt hereof and to appear at the hearing of this case shall be considered as waiver on its part to be heard and this case shall be decided on the basis of the recorded of this Board,” the order said.

Grab Philippines also got involved in a similar case following the complaint of Rep. Jericho Nograles.

The LTFRB then ordered Grab to pay P10 million as penalty for overcharging its passengers. /je