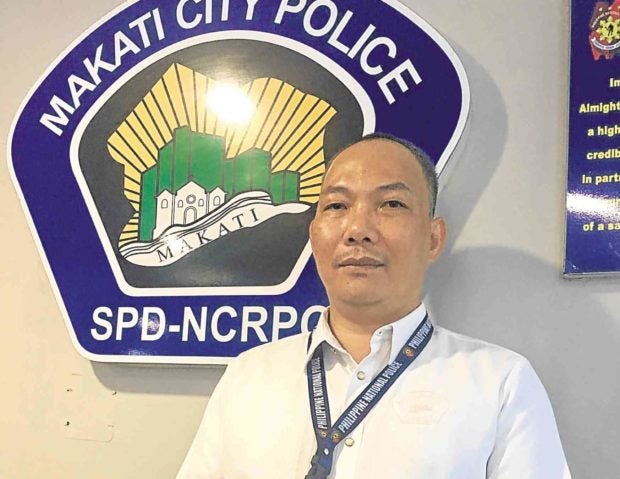 Amid frequent reports of scalawag policemen being accused of extortion by arrested suspects, a member of the Makati City police held fast to his code of honor when he refused a P50,000 bribe.

SPO3 Alejandro Devalid, a police investigator, instead arrested the Japanese national who offered him the bribe in front of the Makati Police Community Precinct (PCP) 6 at Barangay Poblacion on Monday.

The 51-year-old policeman read Yoshitaka Yamomoto his rights before telling him: “You’re under arrest for bribing a public official.”

“In my 21 years as a policeman, this was the first time that I was bribed and I never felt so humiliated. Did he really think that all policeman are rotten and can be bought?” Devalid told the Inquirer.

Yamamoto, 48, and his friend, Noa Shimegi, 27, were charged on Tuesday with corruption of a public official, and illegal possession and use of counterfeit money.

The money changer, however, suspected that the dollar bills were fake and called the police. Shimegi, who was arrested and brought to PCP 6, claimed that he got the counterfeit money from an “Asian-looking” stranger who traded it for 100,000 yen.

“[Shimegi] thought that he got a good deal because 100,000 yen is only around $900,” said Chief Supt. Tomas Apolonario Jr., Southern Police District director.

According to Devalid, he had just alighted from a police car in front of PCP 6 when Yamamoto came up to him and handed him P50,000 in cash.

Devalid said it never crossed his mind to make money from illegal activities even though his family may be in need.

“Our skin gets burned as we stand under the sun and we risk our lives every day for meager pay but we [have] accepted that fact ever since we took our oath as policemen,” he said.

According to Apolinario, Devalid is proof that “there are more policemen who do not give in to temptation and still uphold their oath to protect and serve civilians.”

In five years, Devalid will be retiring from the police force with “my conscience clean; proud that I [have been] of service to the people.”

“Being a policeman is a noble profession. That money we get in exchange for being corrupted? We can always earn it. But [if your] honor [is] lost, [it] cannot be redeemed anymore,” he said.