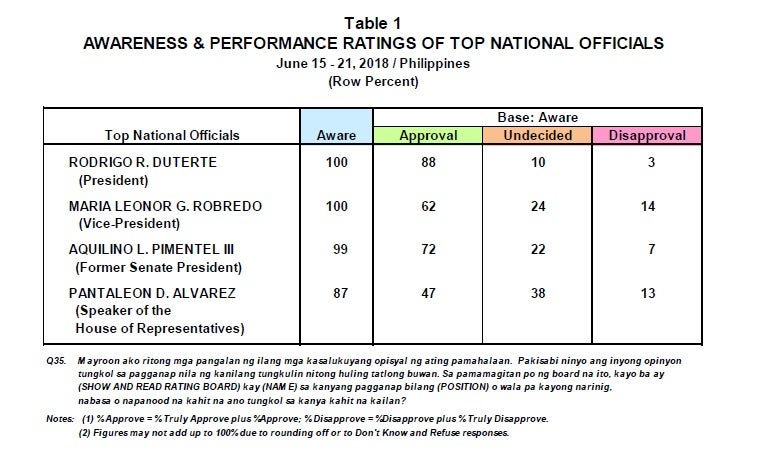 In the survey conducted from June 15 to 21, Pulse Asia said Duterte enjoys an approval rating of 88 percent and trust rating of 87 percent.

Duterte got an approval rating of 80 percent and trust rating of 82 percent in the January 2018 survey of Pulse Asia.

In the June survey, only 3 percent of the 1,800 respondents polled nationwide disapproved of Duterte’s leadership while 10 percent were undecided. Among the issues during the survey were the Supreme Court’s ouster of Sereno, the three-month suspension of peace talks with the Communist Party of the Philippines (CPP), killing of Fr. Richmond Nilo in Nueva Ecija, and the reported arrest of more than 7,000 “tambays” (loiterers) in Metro Manila. /kga