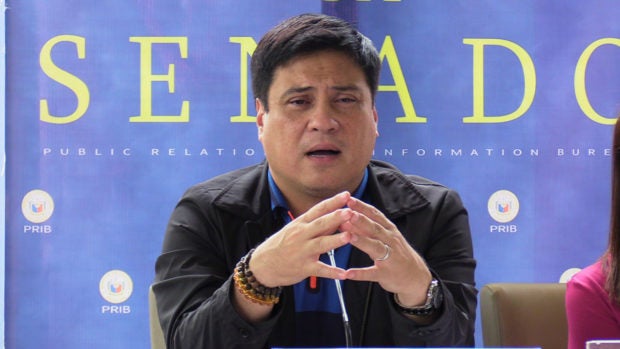 There is not yet enough support in the Senate for amending the Constitution for a shift to federalism, Senate Majority Leader Juan Miguel Zubiri said on Wednesday.

Zubiri also said the House of Representatives alone could not amend the Constitution.

Sotto said President Duterte indicated to lawmakers on Wednesday that he wanted the federalism proposal to be fast-tracked so that he could be replaced by a new President who would head the transitional government.

He said the Senate was still “fluid” on a constituent assembly (Con-ass) that would propose amendments to the 1987 Constitution.

The senators will soon begin scrutinizing the draft Charter and meet in a caucus to discuss their next steps, he added.

For there to be a Con-ass, as proposed by the House, the Senate would have to approve a resolution calling for it, Zubiri said.

But some senators prefer a piecemeal approach to amending the Constitution, he said.

Getting a three-fourths vote to propose changes to the Constitution will also be difficult, Zubiri said.

“Right now, I’m sorry to tell the Speaker that we still don’t have the numbers because to amend the Constitution, you’ll need a three-fourths vote, which is 18 votes. But the majority is only 17. Who among the opposition would join us?” he said in a talk with reporters on Wednesday evening.

Even among the members of the majority, there are senators not in favor of amending the Constitution, Zubiri said.

So far, he said, only four are in favor of a shift to federalism.

“Definitely, we do not have the numbers,” he added.

Moreover, the House must agree to separate voting on the proposed changes for senators to be convinced to support the Con-ass idea, Zubiri said.

The senators oppose joint voting because this would effectively sidetrack the Senate, given that the House has close to 300 members, while the Senate has only 23.

“Even if we would want to pass a resolution convening into constituent assembly, we can’t do that unless there’s clear parameters that it’s voting separately. There might be a chance I can sell the idea to the majority if the resolution states that the voting would be done separately,” Zubiri said.

If the House would insist on voting on proposed amendments on its own, it is up to it to pursue its agenda and the Senate would pursue its own, he added.

Sen. Francis Escudero said approval of the proposed federal Charter should not be rushed to avoid mistakes that could have long-term implications.

He pointed out that major laws in the country underwent years of deliberation.

“If we do not rush ordinary laws, we should not rush it when we are dealing with amendments to Constitution,” Escudero said in a Senate forum on Thursday.

In the House, Albay Rep. Edcel Lagman warned that the transitional commission proposed by Puno’s committee was a “veritable red flag.”

Lagman said the transitional commission was a “devious innovation” by the Puno group to make President Duterte the first federal president since he would not be prohibited from running in the first federal elections set for the second Monday of May 2022.

“This transition commission is a veritable red flag that should alert us that this is a cunning innovation that can spawn a host of excesses and even more impunity,” Lagman said in a statement.

President Duterte has asked the Puno committee to write a provision that would bar him from running for a fresh term under the proposed federal government.

He has also requested that the provision be made to authorize elections for the selection of the transitional leaders that he would not contest. —WITH A REPORT FROM PATHRICIA ANN V. ROXAS