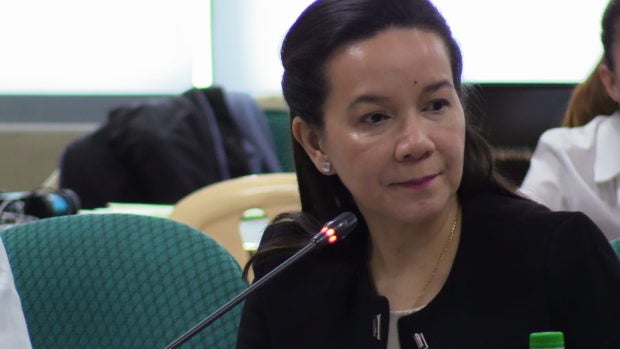 Despite topping surveys on senatorial candidates, Sen. Grace Poe is having second thoughts about seeking reelection in next year’s elections.

Poe said she was not sure at this point if she would run in the midterm elections because of the concerns of her husband Neil Llamanzares.

“I think that he — more than us — I think he’s traumatized by what happened during the last elections,” Poe said in an interview with ABS-CBN News Channel.

Her husband had also noted that her pet bills in the Senate have become law, such as the one providing for a feeding program for schoolchildren.

In the run-up to the 2016 elections, presidential candidate Poe was hounded by questions on her status as a natural-born Filipino as she had been a foundling later adopted by actors Fernando Poe Jr. and Susan Roces.

She was also questioned for giving up her Philippine citizenship to become an American. She later reacquired Filipino citizenship.

The senator said she was not banking much on the fact that she had topped recent surveys on the voters’ preferred senatorial candidates.

“The numbers will not necessarily be the same next year. It’s not really indicative of your placement in the actual time of elections, that can’t just be the sole basis,” Poe said.

According to her, even a single issue could diminish her lead in the polls. Trust and satisfaction ratings are more important, she said.

“What I am more gratified with is the approval ratings and the trust ratings. That’s not available to the public, but when I see it, that’s the one that is most heartwarming. How much I am trusted, and that’s what I want to keep,” she said.

But in case she runs for the Senate, Poe said she would remain independent, though she would be grateful if another party adopted her.

So far, nobody has invited her to be a guest candidate, she said.

She believes she could mount a national campaign on her own since she had gone around the country extensively when she ran in the 2016 elections.

This gives her the advantage of knowing in detail the issues that concern the regions, she said.

She also said she did not intend to deviate from her character just to accommodate certain political mindsets. She would lose her message if she did this, she added.