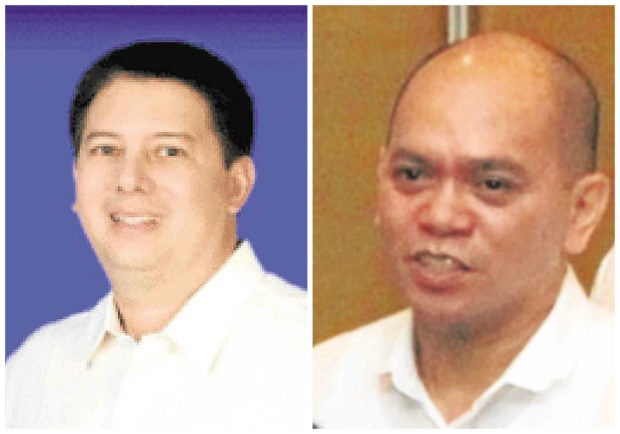 TACLOBAN CITY—After a bitter election in 2013, former Mayor Alfred Romualdez and his erstwhile political rival, former Rep. Florencio Noel, have now kissed and made up.

This was separately confirmed this week by Noel and a close aide of Romualdez.

The political settlement came at a time as the country was to conduct another elections next year.

Romualdez, who served as Tacloban mayor for three terms until June 2016, is rumored to be seeking the same position, while Noel, who also served as representative of the An Waray party list also for nine years, has confirmed his plan to return as the top nominee of the group now held by his elder sister, Rep. Victoria Isabel Noel.

“It was not difficult for us [to become friends] because [our differences] were more political rather than personal,” Noel said.

As proof of their newfound political alliance, Noel agreed to support the bid of a Romualdez ally, Eden Chua Pineda, who is seeking reelection as president of the city’s Association of Barangay Councils in this month’s elections.

According to Noel, “well-meaning friends,” particularly Derek Anido, facilitated the reconciliation and settlement of “whatever differences” they had as a result of their rivalry during the mayoral race in 2013.

That year, then President Benigno Aquino III and his sister, television and movie actress Kris Aquino, campaigned for Noel.

Romualdez got the full backing of the Romualdez and Marcos families. The former Tacloban mayor is a nephew of former first lady and now Ilocos Norte Rep. Imelda Marcos.

Anido said it was  time the two political rivals settled their differences “for the good of Tacloban City.”

“They have several common friends and interests, which include (the best interest of Tacloban). So why not become friends and help each other?” said Anido, who served as an executive assistant when Romualdez was mayor.— JOEY GABIETA