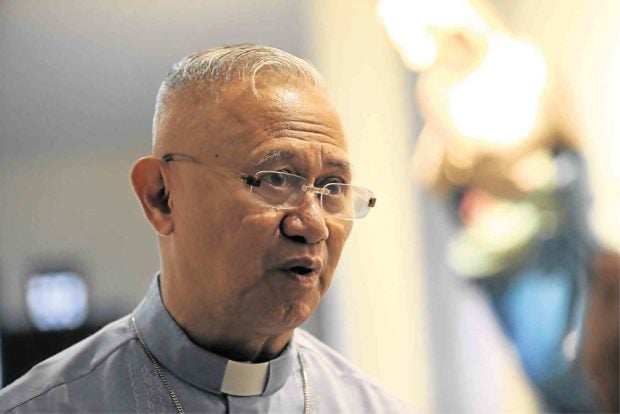 CEBU CITY — Cebu Archbishop Jose Palma will provide help to the family of the man who was gunned down inside the archbishop’s residence compound here on Tuesday.

Msgr. Joseph Tan, media liaison officer of the Archdiocese of Cebu, said the 68-year-old prelate had talked to the father of Jefrey Cañedo and promised to help the family.

“Archbishop Palma will offer assistance of whatever kind to the family, and there are also plans that he will visit the wake of Cañedo once he will return to Cebu,” he said.

On Tuesday, Palma was in Koronadal City, South Cotabato province, to attend the episcopal ordination and installation of Bishop-elect Cerilo Casicas of Marbel town on Thursday.

He was in Manila over the weekend for the 117th plenary assembly of the Catholic Bishops’ Conference of the Philippines (CBCP).

Cañedo, 41, was gunned down by members of the Mobile Patrol Group in what police said was a shootout inside the archbishop’s residence compound on D. Jakosalem Street at 11 a.m.

Cañedo, a former overseas Filipino worker (OFW), reportedly wanted to talk to Palma to get an advice about his troubled marriage.

While on his way out of the compound, Cañedo, who had a gun tucked on his waist, was met by policemen who had been alerted by employees of the archdiocese.

Cañedo allegedly refused to talk to the police and instead decided to shoot it out with them.

Tan also said it was up to Palma to decide whether or not he would agree to proposals to give him police bodyguards. —Ador Vincent Mayol