Zubiri: I tried to push for BBL that complies with gov’t-MILF agreement 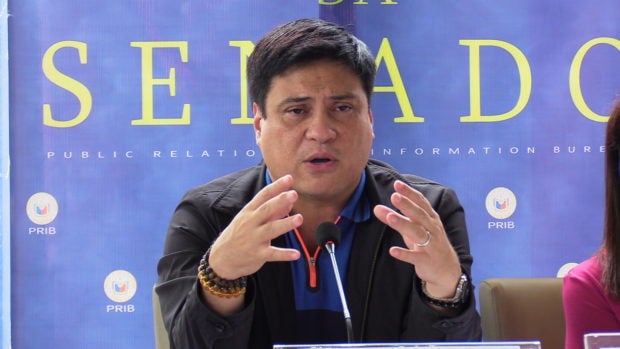 Senate Majority Leader Juan Miguel Zubiri on Wednesday night said he had tried his best to have a Bangsamoro Basic Law (BBL) that would be compliant with the Comprehensive Agreement on the Bangsamoro (CAB).

“I tried my best to comply with the Comprehensive Agreement of the Bangsamoro… We want to maintain the commitments of the government to the major liberation fronts and to make sure that we are constantly focused on the peace process,“ the senator, also a co-chair of the bicam panel on the BBL, said in a press briefing.

CAB, the final peace agreement to end the decades-old conflict in Mindanao, served as the basis of the Bangsamoro Transition Commission (BTC) version of the BBL.

READ: What is the Comprehensive Agreement on the Bangsamoro?

Earlier in the day, President Rodrigo Duterte convinced the bicameral panel to adopt the House provision on the Bangsamoro territory and plebiscite, which states that local government units may join the envisioned region only if their mother province or town would also vote in favor of inclusion.

This is despite the preference of the BTC and other peace groups in Mindanao over the “opt-in” proposal in the Senate version of the BBL, which would allow 39 barangays in North Cotabato and six towns in Lanao del Norte to join the envisioned Bangsamoro region following a plebiscite.

In contrast, votes from other areas of Lanao del Norte and North Cotabato will not matter in the Senate version.

CAB not superior to the Constitution

House Majority Leader Rodolfo Fariñas, co-chair of the panel, asserted that it was just right for the panel to adopt the House provision because the CAB, which the BTC and various peace groups had always invoked, was “not superior to the Constitution.”

READ: Groups urge Bangsamoro people to reject BBL if not compliant with CAB

“In fact, in the decision on the memorandum of agreement on ancestral domain (MOA-AD) case, the Supreme Court said whatever was in the Framework Agreement on the Bangsamoro, these are instruments entered to by the executive department [alone],” he explained.

“The legislative branch is not even bound by the CAB… Congress cannot just blindly say: O, sige we do that, we have to follow the Constitution,” he added. “We did not give anyone any false hopes.”

Another bicam member, Lanao del Norte Rep. Mohamad Khalid Dimaporo earlier said he would be ready to take up the cudgels against the inclusion of the 39 North Cotabato villages and six Lanao del Norte towns in the envisioned Bangsamoro region and question its constitutionality before the Supreme Court (SC) if needed.

READ: Dimaporo to question inclusion of 39 villages, 6 towns in Bangsamoro before SC

Zubiri said they would continue their deliberations on Thursday if they would fail to finish the BBL draft by Wednesday evening.

He said the panel hoped to clean the draft in the coming days, in time for bicam approval by Monday, July 16, before they could pass the bill to the President the following day for review. –With reports from Syrah Vivien Inocencio/INQUIRER.net intern