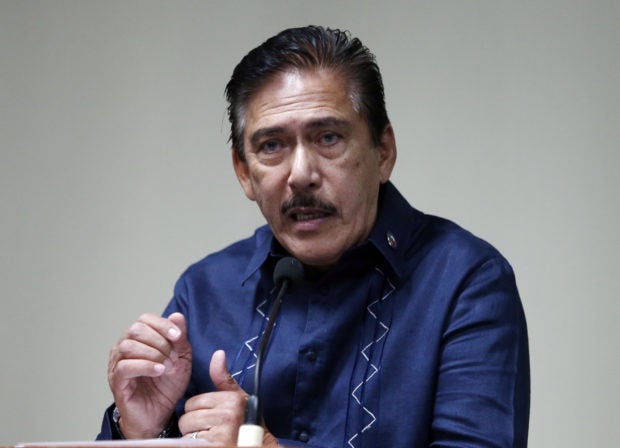 Members of the bicameral conference committee on the Bangsamoro Basic Law (BBL) are scheduled to present to President Rodrigo Duterte the contentious provisions of the Bangsamoro territory and plebiscite on Wednesday in a bid to resolve the issues hounding some parts of the bill.

Senate President Vicente Sotto III confirmed this in a text message to reporters on Tuesday night.

(The most contentious issue is the plebiscite. I can’t say, but it will be submitted to Malacañang tomorrow.)

Senate Majority Leader Juan Miguel Zubiri earlier said the contention stems from the Moros’ preference for the “opt-in” proposal in the Senate version of the proposed Bangsamoro Basic Law (BBL), or Senate Bill 1717, that would allow 39 villages in North Cotabato and six towns in Lanao del Norte to join the envisioned Bangsamoro region following a plebiscite.

But some district representatives are opposing this, according to Zubiri.

“I understand the positions of the district congressmen because it is a loss of territory for them and medyo mabigat ‘yan at malalim (and the issue is deep). Kaya ako’y nagrerespeto sa kanila (I respect their views),” he said.

The House version of the BBL, or House Bill 6475, meanwhile has a similar provision wherein local government units (LGUs) may only join the Bangsamoro if their mother province or town votes in favor of inclusion to the Bangsamoro region. /ee/ac

Zubiri also said the panel decided “to put on hold” until Wednesday the deliberations on the provision on territory as well as the plebiscite (Articles III and XV) due to its controversial and contentious nature. The panel also aims to finish the draft BBL by Wednesday evening, he added. /ee /ac