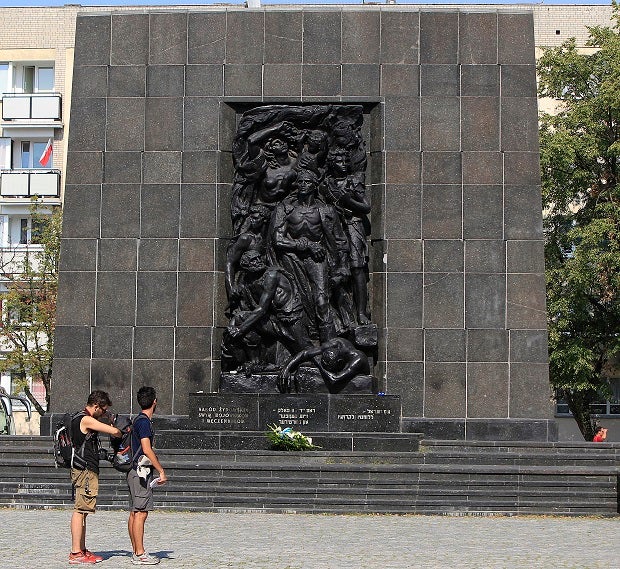 In this Aug 12, 2015 picture two tourists visit the monument to the Jews who fought and died in the Warsaw Ghetto Uprising of 1943 in Warsaw, Poland. AP

BERLIN — The organization that handles claims on behalf of Jews who suffered under the Nazis says Germany has agreed to pay another 75 million euros ($88 million) to fund social welfare services for Holocaust survivors.

The New York-based Conference on Jewish Material Claims Against Germany said Tuesday that brings total funding next year to 480 million euros to help survivors as they grow older and more frail.

The Claims Conference carries out continuous negotiations to make more people eligible for compensation. Since 1952, Germany has paid more than $70 billion.  /muf