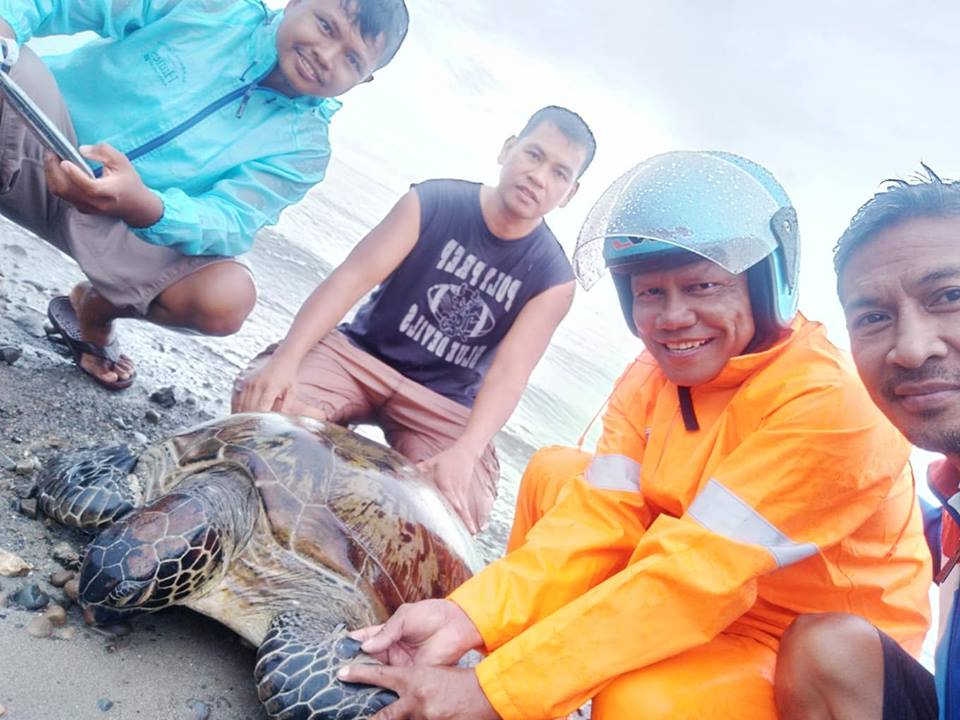 This is the third turtle stranded in Barangay San Pedro in two weeks, said Cocoy Generoso, information officer of Mansalay.

He said they attribute it to the local government’s declaration about two years ago of Sitio Casabangan in the same village as a Marine Protected Area.

A Marine Sanctuary was also declared in Sitio Palaypay in Barangay Poblacion, about three kilometers away.

Read Next
Makabayan bloc willing to unite with Robredo vs tyranny — Tinio
EDITORS' PICK
ANALYSIS: SBP’s problem is way bigger than its coach
Summit breakthrough – EJ Obiena is the first Filipino to win in the World Athletics Championship
House energy committee chair Arroyo bats for cheap electricity
As Duterte stepped down, more Filipinos tighten belts to make ends meet
DepEd seeks P16B addt’l funds for repair of schools damaged by Abra earthquake, typhoons
12.2M Filipino families felt ‘poor’ in Q2 of 2022 — SWS survey
MOST READ
Giselle Sanchez slammed by Floy Quintos: ‘Art has nothing to do with your choice’
Vhong Navarro defended by ex-wife Bianca Lapus amid rape charges order: ‘Standing by this good man’
Vice Ganda apologizes for ‘Miss Q and A’ contestant who made inappropriate joke on ‘It’s Showtime’
Lamitan folk give emotional farewell to slain ex-mayor Rose Furigay
Don't miss out on the latest news and information.