Duterte on 3rd Sona: I will read my speech and it won’t exceed 35 minutes 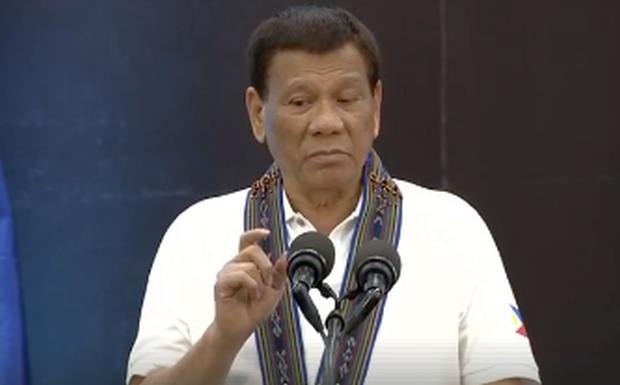 Known for ignoring prepared speeches and going impromptu, President Rodrigo Duterte on Monday night said he woud read a prepared speech, which will not exceed 35 minutes, for his third State of the Nation Address (Sona).

“I will read my Sona speech which should not be more than 35 minutes,” presidential spokesperson Harry Roque quoted the President as saying.

The President, known for delivering long speeches, went off script during his previous Sona speeches as he slammed his critics and made bold pronouncements about his administration’s policies.

Roque had earlier said that the President’s third Sona would come “straight from the heart.”

The President will deliver his third Sona on July 23 as his administration continues to face global criticisms for his brutal war on drugs, perceived inaction on the South China Sea issue, and rising inflation, among others. /atm