UK Brexit Secretary who just resigned says May should remain 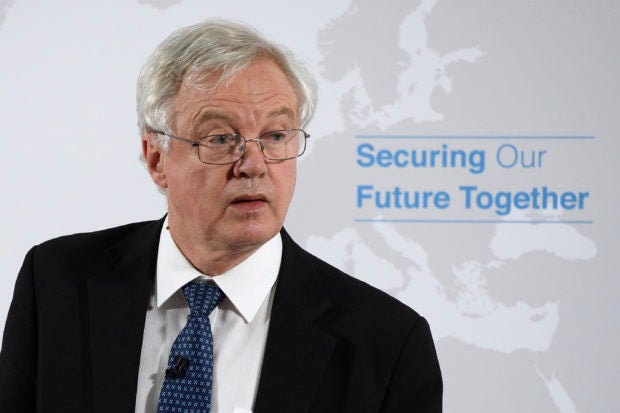 In this June 6, 2018 file photo, Britain’s Secretary of State for Exiting the European Union David Davis delivers a speech in London, on Britain’s vision for the future security relationship with the EU. AP

LONDON — Former Brexit Secretary David Davis says he won’t seek to challenge Prime Minister Theresa May’s leadership after resigning from her Cabinet, but that he will pressure her to toughen her position on Britain’s departure from the European Union.

Davis says he resigned because he didn’t feel he best suited to carry the divorce deal forward, telling the BBC Monday that he doesn’t want his resignation to become a rallying cry for May’s ouster. He says “I like Theresa May, I think she’s a good prime minister.”

But he says they had a difference of strategy and hoped the decision would send a signal to the EU not to push Britain any further in Brexit negotiations.
Davis’s late-night resignation undermined May’s already fragile government, which has lost several ministers this year. /ee