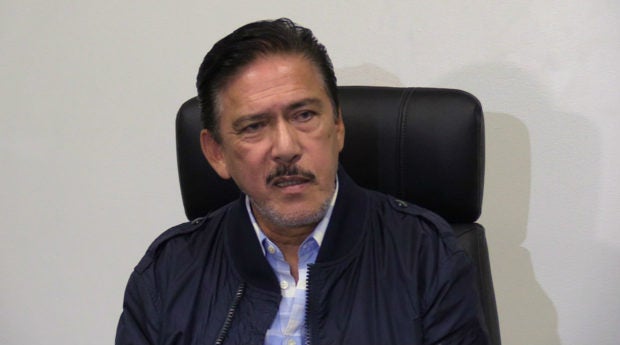 The bicameral conference committee tasked to harmonize conflicting and controversial provisions of the Bangsamoro Basic Law (BBL) vowed to keep an eye on the constitutionality issues of the BBL as it begun its deliberations on Monday with an “upbeat” and hopeful spirit.

Senate President Vicente Sotto III, in an interview with reporters, said they were planning to zero in on easier provisions first before tackling the controversial provisions of the BBL.

The Senate leader specifically mentioned the opt-in provision of the BBL as one of the controversial provisions of the legislation. 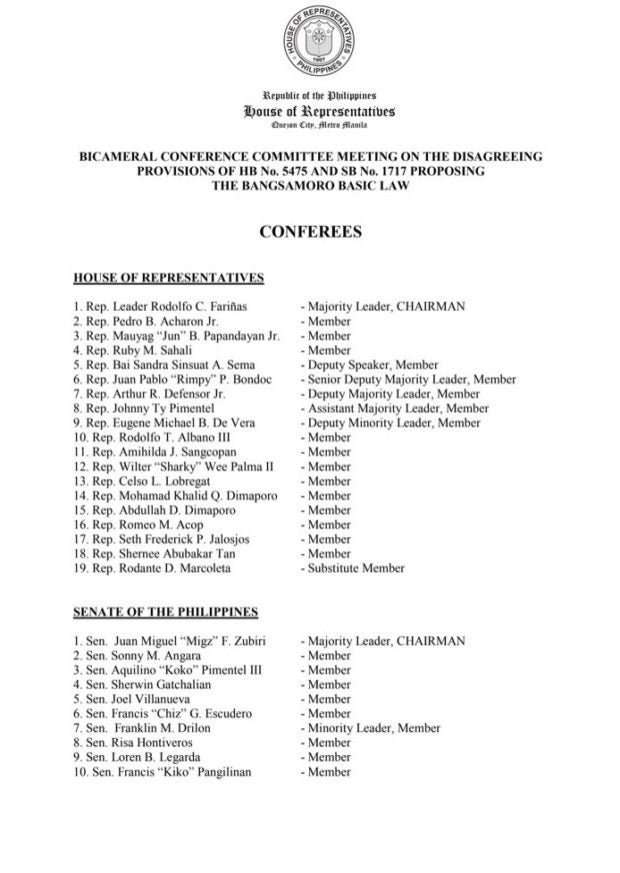 “Everyone is upbeat. I hope in the next few days we would be able to satisfy the perspective and the sentiments of everyone,” he added.

Zubiri, for his part, said that with the weight on their shoulders, and the gravity of their tasks ahead, the 29 lawmakers from Senate and House of Representative should remember that “the Constitution, being the supreme law of the land, sets both the latitude and delimitations of what we can incorporate in this Basic Law.”

“Within the limits set by the Constitution and other laws, we will give the widest latitude in reconciling the two versions of the bill to achieve self-governance and real autonomy in the Bangsamoro,” Zubiri said during his opening speech.

House Majority Leader Rodolfo Fariñas meanwhile appealed to his colleagues to also be guided by the Constitution because the BBL would “surely be challenged.”

“I appeal to everybody that we work hand in hand. As senator Migz stated, we have to be guided by the Constitution. We have to make sure that everything that we do here will be compliant with the Constitution because surely this will be challenged,” Fariñas said.

“It is our task that whatever we agreed here will have to pass the test of constitutionality,” he added.

The committee will conduct its meetings from Monday, July 9, to Friday, July 13, at Crowne Plaza on Ortigas Avenue in Pasig City.

Both chambers of Congress aim to ratify the harmonized version of the BBL on the morning of July 23, and subsequently submit it to President Rodrigo Duterte in the afternoon for signing, in time for his third State of the Nation Address. /cbb