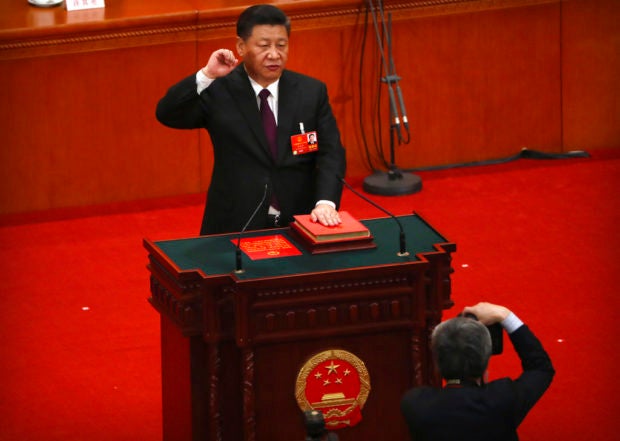 Chinese President Xi Jinping takes the oath of office after being formally reelected to a second term as China’s President during a plenary session of China’s National People’s Congress (NPC) in Beijing, Saturday, March 17, 2018. Xi was reappointed Saturday as China’s president with no limit on the number of terms he can serve. The ceremonial National People’s Congress voted unanimously for Xi’s second five-year term as president. (Photo by MARK SCHIEFELBEIN / AP)

BEIJING – The first volume of “Xi Jinping: The Governance of China” was made available in digital form to global readers at four online booksellers starting Friday.

Chinese and English versions of the e-book hit the virtual shelves at the online bookstores of Amazon, Rakuten OverDrive, the CNPeReading platform and iReader Technology.

The book, published by the Foreign Language Press, made its debut in September 2014. It was renamed the first volume of “Xi Jinping: The Governance of China ” after revision and reprinting by the Publicity Department of Communist Party of China Central Committee and related departments and units in January 2018.

The second volume of the book was published in November 2017.

The first and second volumes of the book give domestic and foreign readers authoritative insights on the Xi Jinping Thought on Socialism with Chinese Characteristics for the New Era and the spirit of the 19th CPC National Congress.

The e-book has the same content as its print equivalent and will extend its reach to global digital readers, offering them a faster and easier approach to Xi’s thought, officials said. 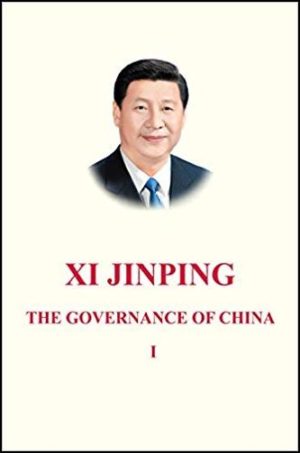 Paperback cover of “Xi Jinping: The Governance of China” as it appears on the Amazon website.

It also will help global readers to better learn about Chinese wisdom and solutions proposed by the Communist Party of China to push forward the building of a community with a shared future for mankind and the noble undertaking of promoting human peace and development, they said.

Wu Ben, director of copyrights at iReader Technology, said the company’s e-book platform will help introduce the book to more than 20 million readers in over 40 countries.

The company has attached great importance to the book’s online distribution with a special work group in charge of the book’s introduction, editing and proofreading.

“We are more than confident in the performance of the book series in the e-book market,” he said. /atm