Cruise ship in Bataan stopped from sailing for human trafficking 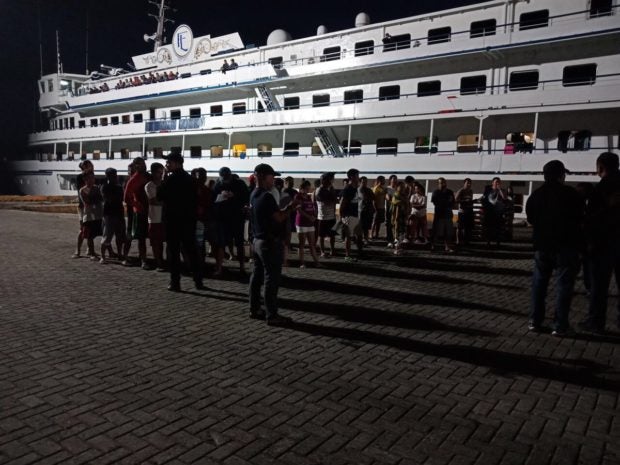 139 human smuggling victims bound for Micronesia rescued in joint-operation by PH Coast Guard and NBI at Port of Orion in Bataan. Photo from PCG

ORION, BATAAN – The Coast Guard stopped a cruise ship from sailing off from the Port of Orion on Monday (July 2), allowing the National Bureau of Investigation (NBI) to rescue 139 alleged victims of human trafficking.

Lt. Carlos V. Carlos, Bataan Coast Guard commander, said the 139 Filipinos were on board the ship, “Forever Lucky,” which was headed for Micronesia.

NBI agents began investigating the passengers on Tuesday, and confirmed that the Filipinos were illegally recruited for jobs in Guam.

The ship was initially delayed for failing to produce the proper travel documents, Carlos said.

It had been anchored at the port for a month, and was reportedly leased by a job recruiter in Olongapo City, Carlos said. The alleged recruiter, Johnny Cabrera, will be charged with illegal recruitment by the NBI in Manila.