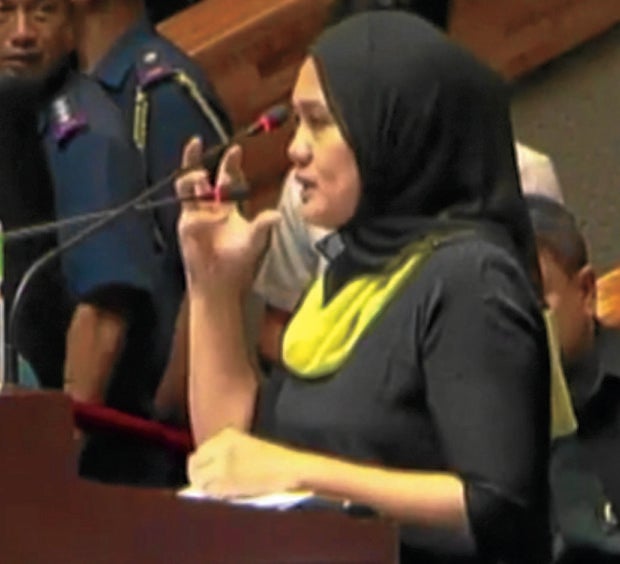 A former appointee of President Rodrigo Duterte is one of those being considered by the opposition to be included as part of its senatorial slate in 2019, Senator Antonio Trillanes IV revealed on Thursday.

Trillanes said Samira Gutoc-Tomawis, former member of the Bangsamoro Transition Commission (BTC), was one of the opposition’s “potential” bets next year.

Gutoc-Tomawis was one of the 21 members appointed to the BTC by the President in February, 2017.

She resigned from her post three months after when the President joked about taking responsibility for soldiers who would commit rape of three women during martial law declaration in Mindanao.

“Si Chief Justice Sereno is one. Si Secretary Mar Roxas kasi nagsabi sya na he is not interested but he is still being considered by the opposition,” he said at a regular forum in the Senate.

He said he was the one who was personally convincing Sereno to join the opposition slate.

“We are giving Chief Justice Sereno enough space to do her reflections and consultations kasi mabigat na decision ‘yan so we’re giving her enough space but at some point pag ready na i-roll out itong opposition slate, big decisions would be made,” Trillanes said.

By mid-August, he said, the opposition slate must be completed and presented to Vice President Leni Robredo for approval.

He said the opposition’s complete slate might be presented to the public by September.